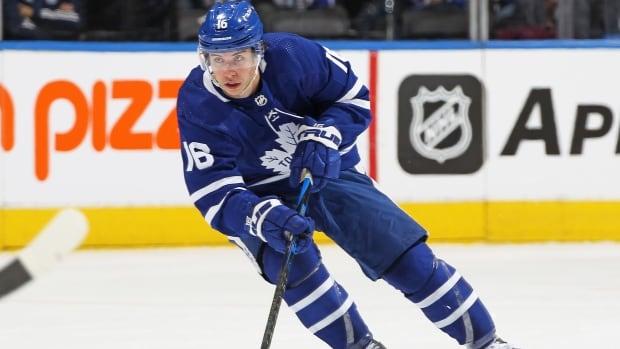 Until we are told otherwise, NHLers will be heading to Beijing to compete at the Olympics, and sports talk in this country will centre around picking Team Canada.

Players are essentially auditioning for a spot and the rosters will change on a regular basis.

Between now and the team announcement, I’ll be giving you the many versions of Team Canada, as well as some players who are doing their best to get GM Doug Armstrong to notice them.

There may be a lot of time (and hockey to be played) before the team announcement is officially made, but why wait.

I can’t believe it is already December! Which means two things, I’m behind on my Christmas shopping, and we are just over two months away from puck drop for men’s hockey at the Olympic Games.

In case you missed episode 4 of my power rankings, I spoke with the man in charge of putting this team together, general manager Doug Armstrong.

I was a bit surprised to hear that Zach Hyman has been on his radar even before he became an Edmonton Oiler.

Naturally, if you put him on this team, the ready-made chemistry with Connor McDavid can only be a positive.

However, I kept him on here because I believe that not only can he help offensively, he could also do some dirty work, and can be placed on any line that needs a boost.

Rob Pizzo decided the time was right to speak to the man responsible for putting together Canada’s Olympic hockey team. 8:17

As you will see, I only tinkered a bit with my forward roster, but pretty much overhauled the blue-line. Team Canada’s defensive corps has been, (and probably will remain) a bit of a mystery right up until this team is selected. So I would definitely expect more changes.

Teams can dress 13 forwards, 7 defencemen and 2 goalies, plus an extra player at each position.

(Reminder: Connor McDavid, Sidney Crosby and Alex Pietrangelo have officially been named to the team)

On the bubble: Steven Stamkos, TB

Mathew Barzal, and quite frankly the entire Islanders team, have been pretty brutal this season. I’ve done my best to stay patient, but enough is enough. Barzal is now on the outside looking in, and Mitch Marner takes his spot.

On the bubble: Josh Morrissey, Wpg

Here come my big moves. I’ve decided to drop Jacob Chychrun and Aaron Ekblad. It’s less about how they are playing, and more because other defenceman have been impressing me.

Even though Darnell Nurse will be out a bit with that broken finger, he has been an anchor on that Oilers’ blue-line. Plus, at 6-4, 220 lbs, he brings some physicality to the back end. I’ve also thrown Josh Morrissey in as my extra defenceman. Team Canada should have plenty of players who can score on this blue-line, so this unit needs a stay-at-home guy who can do the dirty work.

I’m going to focus more on the goaltenders in my next breakdown, but my stubbornness got the best of me. I’m leaving the crease as is.

Even though Marc-Andre Fleury has given me plenty of reasons to drop him, the fact that he is the reigning Vezina Trophy winner allows him a stay of execution.