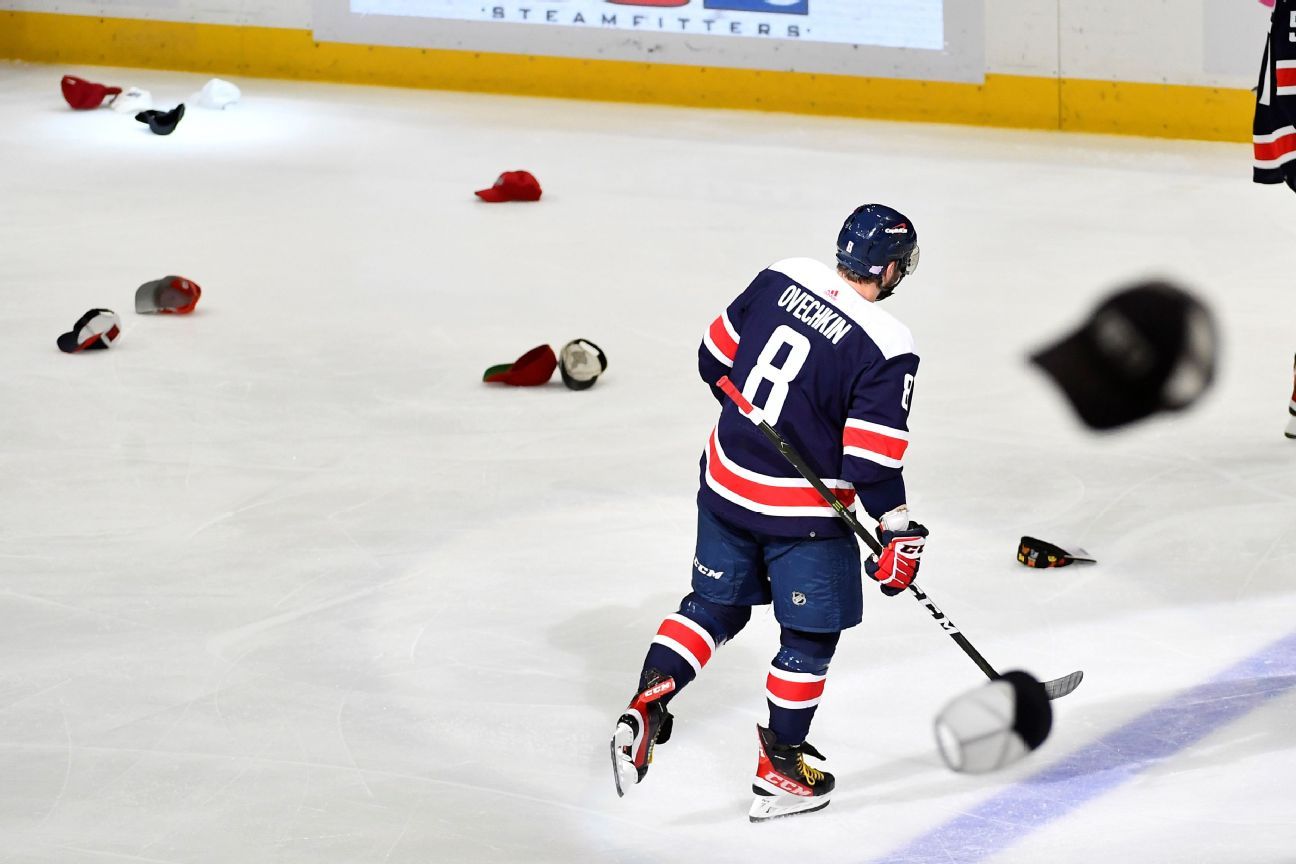 WASHINGTON — Alex Ovechkin scored two of his three goals over 56 seconds in the second period as the Washington Capitals beat the Florida Panthers 4-3 on Friday.

Ovechkin has 18 goals overall, most through 21 games in a season by a player in at least his 17th season. He’s 19 goals from passing Jaromir Jagr for third on the career list following his 28th hat trick.

Ovechkin was hit in the face by a puck deflected by Florida’s Radko Gudas in the game’s first five minutes, but after a quick visit to the locker room for a few sutures, he returned for his next shift three minutes later.

“It kind of was a wakeup call,” Ovechkin said. “Thank God, I didn’t lose any teeth. It was not that major.”

Ovechkin passed Guy Lafleur and Brendan Shanahan for 26th place on the career points list. In Wednesday’s win against Montreal, he had three assists.

“If I had a chance to shoot it, I shoot,” Ovechkin said. “If I have a chance to pass, I pass. Simple game, you know?”

Ovechkin’s third goal came at 4:02 in the third period. It was his 153rd multigoal game. His next one will tie him with Mario Lemieux for third place in the career list.

“He’s a pretty motivated guy,” Laviolette said. “I don’t know if it’s one thing that he looks at and that’s what gets him going. He comes to the rink, he wants to play and he wants to be a contributor.”

Information from The Associated Press was used in this story.