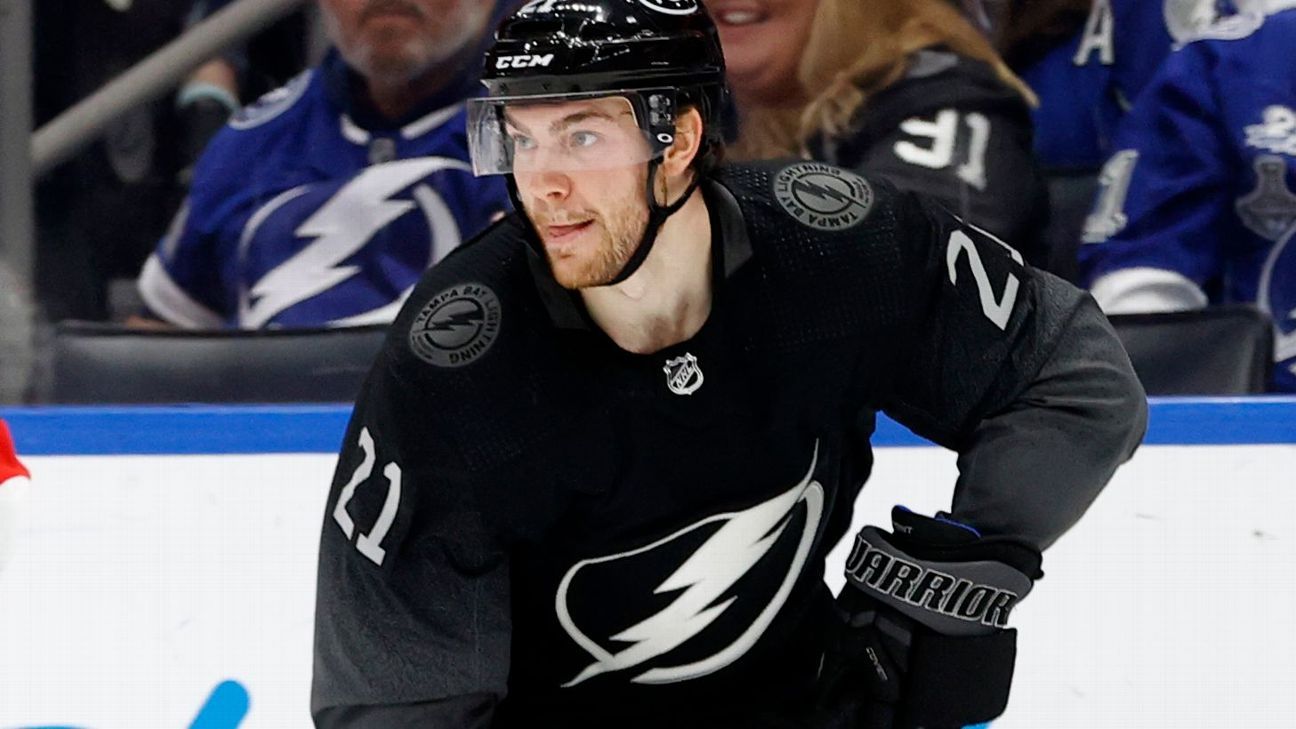 Point, who occupies top-line minutes for the two-time defending Stanley Cup champions, was injured Saturday at home in a loss to the New Jersey Devils. He did not play the next day, vs. the Minnesota Wild.

In the third period against the Devils, Point appeared to favor his left shoulder/arm area after crashing hard into the end boards after being tripped. Point was awarded a penalty shot after the infraction, and his attempt hit New Jersey goaltender Mackenzie Blackwood‘s shoulder, then bounced off the crossbar. He was able to finish the game, a 5-3 win for the Devils.

Point, a veteran staple in what has become Tampa Bay’s traditional playoff runs, had an NHL-best 14 goals last postseason. It was the second consecutive season he topped the NHL in postseason goals.

Tampa Bay is already missing star right wing Nikita Kucherov, who is not expected back for another four to six weeks as he recovers from a lower-body injury.

The Lightning, without Kucherov last regular season, are not unfamiliar with injury and clearly have the depth to compete in the Eastern Conference. But with Point’s seven goals and 13 points, not to mention an even 20:00 time on ice average, it will be tough to replace those veteran minutes, on special teams and at even strength.

Tampa Bay, which plays host to the Philadelphia Flyers on Tuesday night, enters the game at 10-4-3 and in third place in the Atlantic Division.

The Associated Press contributed to this report.