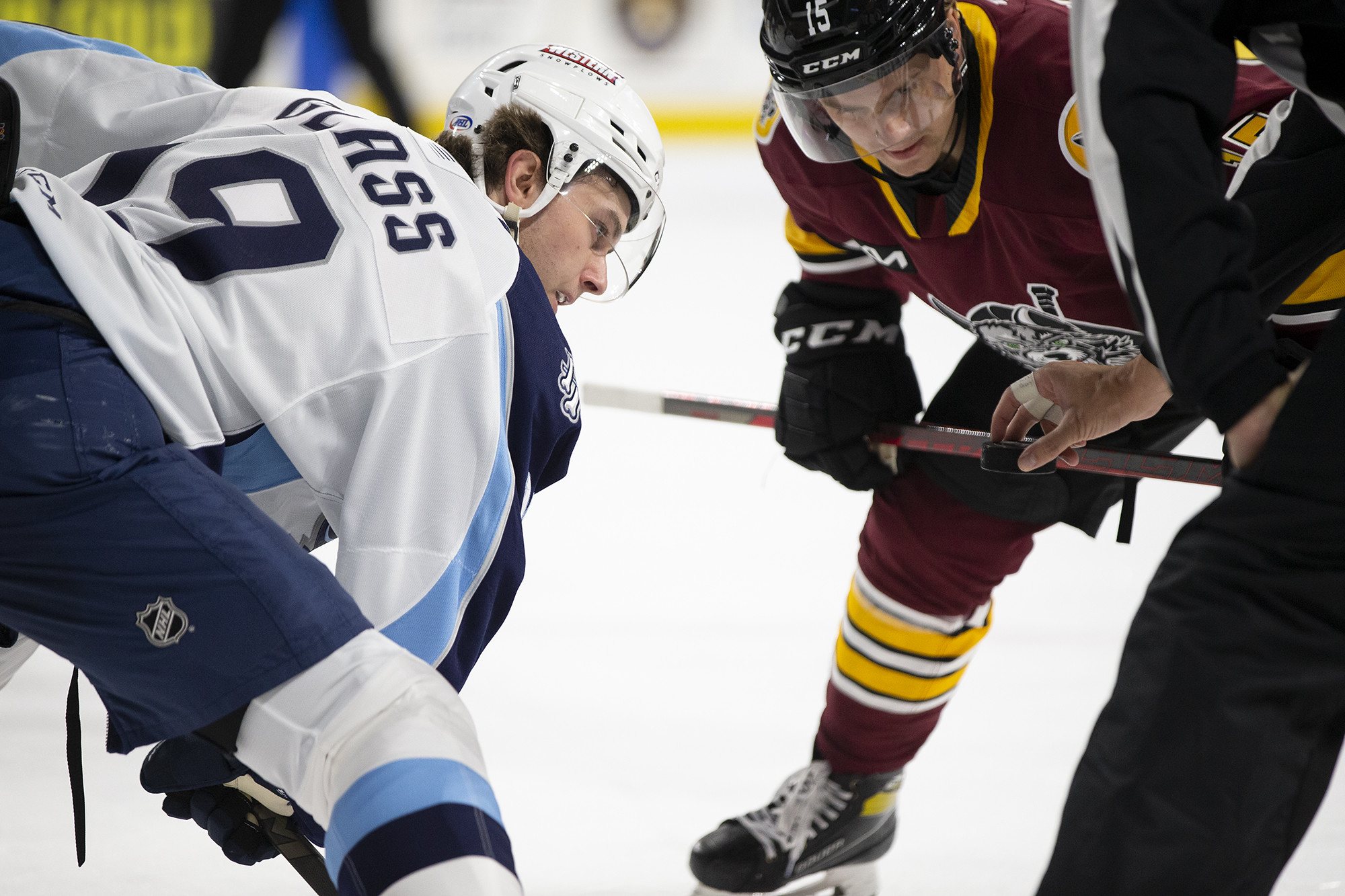 Cody Glass has the distinction of being the first-ever draft pick in Vegas Golden Knights history. However, like many of the franchise’s first-round draft picks, he is now with a different organization. After two shortened professional seasons, Glass was traded to the Nashville Predators this past offseason. I recently caught up with him before he took the ice for the Milwaukee Admirals during his current stint in the American Hockey League.

Glass was selected with the sixth overall pick of the 2017 NHL Entry Draft. He was the first of three players taken in the first round during the Golden Knight’s inaugural draft. None of those three players are still with the organization. Nick Suzuki (13th overall) was traded to the Montreal Canadiens to get Max Pacioretty, and Erik Brannstrom (15th overall) was part of the package sent to the Ottawa Senators for Mark Stone. This past offseason, Glass was traded to the Predators for another former high draft pick in Nolan Patrick.

After completing his junior career with the Portland Winter Hawks in Western Hockey League (WHL), the young center got his first taste of pro hockey with the Chicago Wolves. Glass’ first stint was a successful one. After three goals and five points in six regular-season games, he scored seven goals and 15 points during Chicago’s run to the Calder Cup Final. The hopes were high for Glass, who started to draw comparisons to another Winnipeg native, Jonathan Toews.

Glass made the opening-night roster for the Golden Knights to start the 2019-20 season, becoming their first draft pick to play in the NHL. He scored his first NHL goal during his debut. The sky was the limit for the youngster, but then a string of bad luck started to derail his path to stardom.

He was limited to just 39 NHL games, scoring five goals and 12 points. He suffered a knee injury in January, then reinjured it during a rehab stint with the Wolves in March, and required season-ending surgery. Glass showed up to training camp for the 2020-21 season with some added weight and looking to make an impact. However, he split the season between the AHL and NHL, scoring four goals and 10 points in 27 games for the Golden Knights. He was a healthy scratch for all but one of their Stanley Cup Playoff games.

As Glass was getting ready to put in his work for the offseason, he learned that he was on the move. On July 17, 2021, the Golden Knights traded him to the Predators for Patrick. The former number two overall pick was traded right after he was acquired from the Philadelphia Flyers in the deal that sent defenseman Ryan Ellis to the City of Brotherly Love. The trade was a one-for-one swap of prospects in need of a fresh start.

Related – Flyers Trade Away Another Potential Performer in Nolan Patrick

“It was a bit of a shock,” Glass told me. “I went into my exit meetings there feeling good about coming back to Vegas. I think it was a week or two later I ended up getting traded. It caught me by surprise, but I was pretty excited about coming to Nashville.”

Glass made the Predators’ opening-night roster but was sent down to their AHL affiliate, the Admirals, after two games.  He had two assists in his first four games with Milwaukee, the first three of which were against the Wolves. Admirals head coach Karl Taylor told me that Glass needed some time to adjust and find himself again. The coaching staff’s goal is to get him back to playing the type of hockey that made him a top-level prospect in the first place.

“It’s been good,” Glass said of his relationship with Taylor. “I’ve had a bunch of conversations with him. He put me in the right mindset to be down here and work on my game to get me back to the player I was. I’ve gone through a tough two years. I feel like they are just trying to help me find my game. I’m trusting them, and they are trusting me, so just trying to do the best I can down here.”

A significant aspect of Glass’s game is his play-making ability. He plays with a “pass first” mentality, and his unselfishness on the ice will lead to many scoring chances for his linemates. The problem through his first four games with Milwaukee was that he didn’t have a big-time goal-scorer on his line. That changed when captain Cole Schneider returned from injury, and Taylor immediately put him on the same line with the young center.

In the four games since Schneider returned, Glass has six assists, including picking up the helper on all three of Schneider’s goals for his hat trick against the Iowa Wild on Nov. 6.

“I think just getting back to being myself, holding onto pucks and playing with speed,” Glass said of his early-season performance. “All those areas where I missed out on. Not playing hockey for nine months doesn’t help, and then you’re not playing very many minutes. Down here, I’m playing a lot of minutes and getting my touches back. I’m just feeling myself out as a player and just finding my game. I feel like I haven’t found my game yet. Once I do, it’s going to be a lot different.”

It sure seems that Glass and the Predators are on the same page. At just 22, there is still plenty of time to reach his full potential. Nashville is using a patient approach, and if things keep trending the way they are, they will benefit from taking their time. The Predators are hoping that the lack of patience from the Golden Knights will give them a center they can build around for years to come.