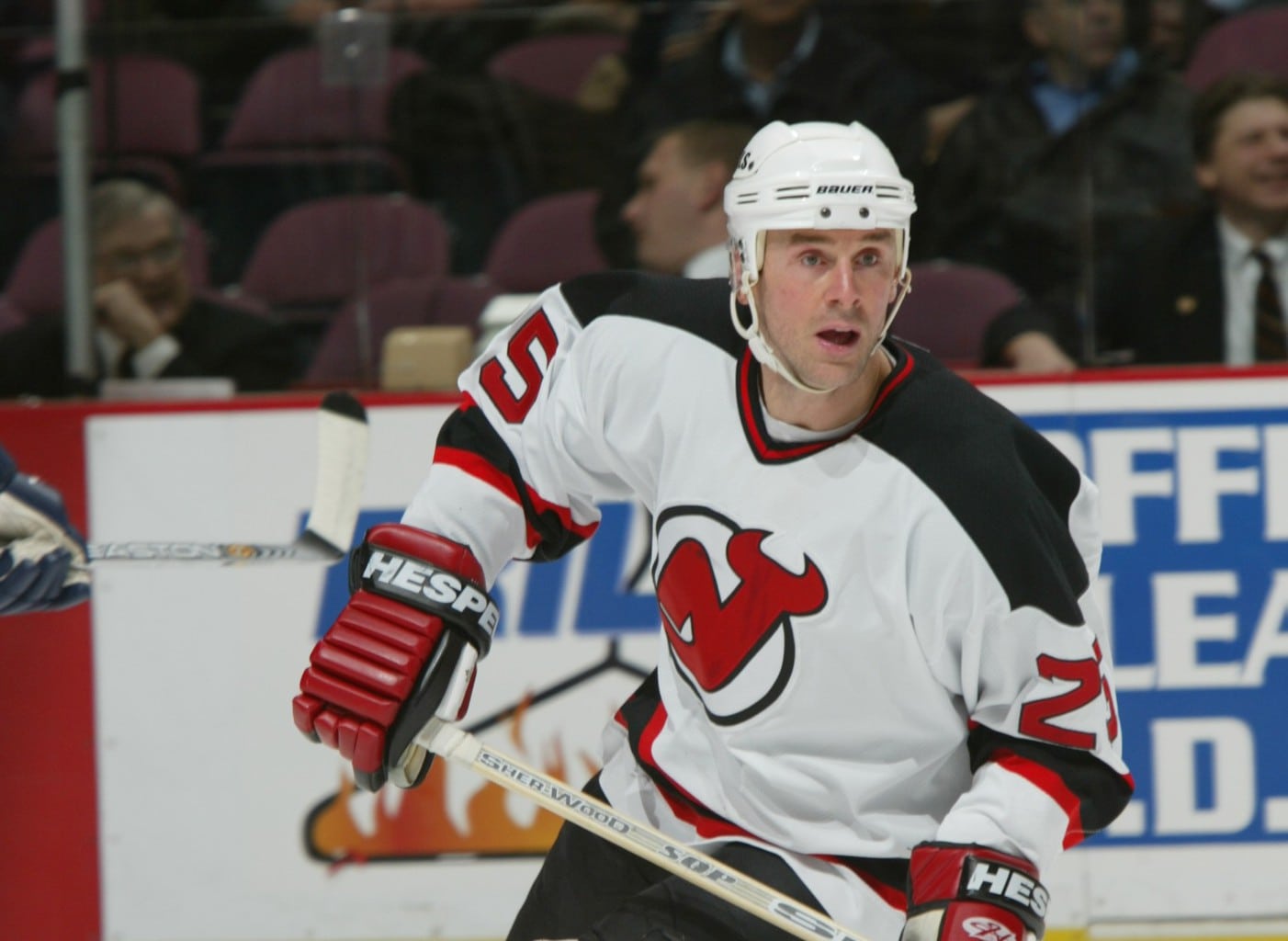 There was a time when the New Jersey Devils were Stanley Cup contenders every season.

While the Devils’ Stanley Cup championship rosters included notable skaters and future Hockey Hall of Famers, not all of those talented players lasted long in Jersey. The 2000 and 2003 Stanley Cup teams included a number of all-star caliber players but fans may not realize that some didn’t skate in more than two seasons with the team.

Devils fans will always have a special place in their hearts for Jeff Friesen.

The forward was a key member of the 2002-03 Stanley Cup championship team, but Friesen only played in one more season with New Jersey following his first Stanley Cup.

It’s still a mystery as to why Friesen was traded to the Washington Capitals from the Devils. Still, his brief success with New Jersey was rare and deserves proper recognition, regardless if he’s labeled as a one-hit-wonder or not.

The 1994 first-round draft pick was acquired by the Devils via an offseason trade in 2002 from the then Mighty Ducks of Anaheim, and he stunned Devils fans with his immediate impact.

Friesen finished second on the team with 23 goals behind the great Patrik Elias (28) and was entertaining to watch on a nightly basis. The winger was remembered most that season for his clutch performances while netting four game-winning goals during the regular season and another four in the Stanley Cup Playoffs.

Overall, he recorded 10 goals during the Devils’ memorable Stanley Cup run but more importantly, Friesen scored the game-winning goal against the Ottawa Senators in Game 7 of the Eastern Conference Final. Friesen netted the goal with less than three minutes remaining in regulation and on the road in a hostile Ottawa arena. The goal certainly reflected flashbacks of Elias’ game-winner vs. the Philadelphia Flyers in Game 7 of the Conference Final in 1990-00.

The Devils later defeated Anaheim in another seven-game series, after the forward notched five goals against the Ducks and two in the Game 7 victory on home ice.

Friesen’s following campaign wasn’t bad by any means, but the Devils were eliminated in the first round of the 2003-04 Stanley Cup Playoffs in five games, which also marked his final days in a Devils’ sweater. It was short but sweet for Friesen and the Devils.

At first glance, fans arguably weren’t pleased with Nieuwendyk’s arrival considering he was acquired at the 2001-02 NHL Trade Deadline in exchange for two fan-favorites in Jason Arnott and Randy McKay.

No. 25 silenced his critics with 11 points in 14 games towards the end of his first campaign with Jersey’s team. However, his greatness in a Devils’ sweater was appreciated the following season. Nieuwendyk proved he was the ideal veteran-center New Jersey needed to hoist its third Stanley Cup championship.

Related: Top 5 Coaches of the Decade

The then 36-year-old recorded a commendable 17 goals and 28 assists in 80 games while chipping in four game-winning goals. Nieuwendyk’s 45 points in 2002-03 ranked fifth on the team and the 1985 second-round draft pick also recorded nine points in 17 games that postseason.

Unfortunately, the center suffered an injury late in the playoffs and did not dress for the Final vs Anaheim. Perhaps he could have impacted the Devils for the better that series and help New Jersey win in fewer than seven games.

It’s fair to think that Alexander Mogilny was the best pure goal-scorer to ever wear a Devils sweater.

While Mogilny only spent parts of two seasons in New Jersey during his first stint from 1999-00 until 2000-01, he almost broke a Devils’ goal-scoring record.

After the notorious Russian sniper was acquired via trade from the Vancouver Canucks at the 1999-00 trade deadline, Mogilny helped the Devils lift their second Stanley Cup and execute a historic comeback during the Conference Finals against the Philadelphia Flyers.

Mogilny recorded two clutch points in Games 6 and 7 vs. the Flyers, after struggling to ink his name on the score sheet that postseason. He netted the game-winning goal in dramatic fashion during the latter stages of the third period in Game 6, and then earned the secondary assist on Elias’ game-winner to complete the comeback in Game 7.

The 1985 fifth-round draft pick’s 2000-01 campaign in New Jersey was unforgettable. Mogilny found the back of the net on 43 occasions, which marked the third most goals scored in a single season by a Devils skater. In addition to his 43 tallies, the winger added 40 assists for a total of 83 points – talk about balance and consistency, no?

The veteran forward also displayed an impressive showing during the 2000-01 playoffs. Mogilny recorded 16 points while coming through in the clutch with two game-winning goals.

Unfortunately, the Devils lost in seven games to Ray Bourque and the Colorado Avalanche. Mogilny sadly left New Jersey that offseason via unrestricted-free-agency and signed with the Toronto Maple Leafs. His second stint with the Devils in 2005-06 is forgettable, but the amount of success he recorded in less than two seasons with New Jersey prior was greatly appreciated.

While New Jersey has had a number of players that won multiple Stanley Cups, the team received positive impacts from notable skaters that were short-lived and acquired via trade. Though, perhaps those short-term success stories are a key component for championship teams and dynasties, after all.