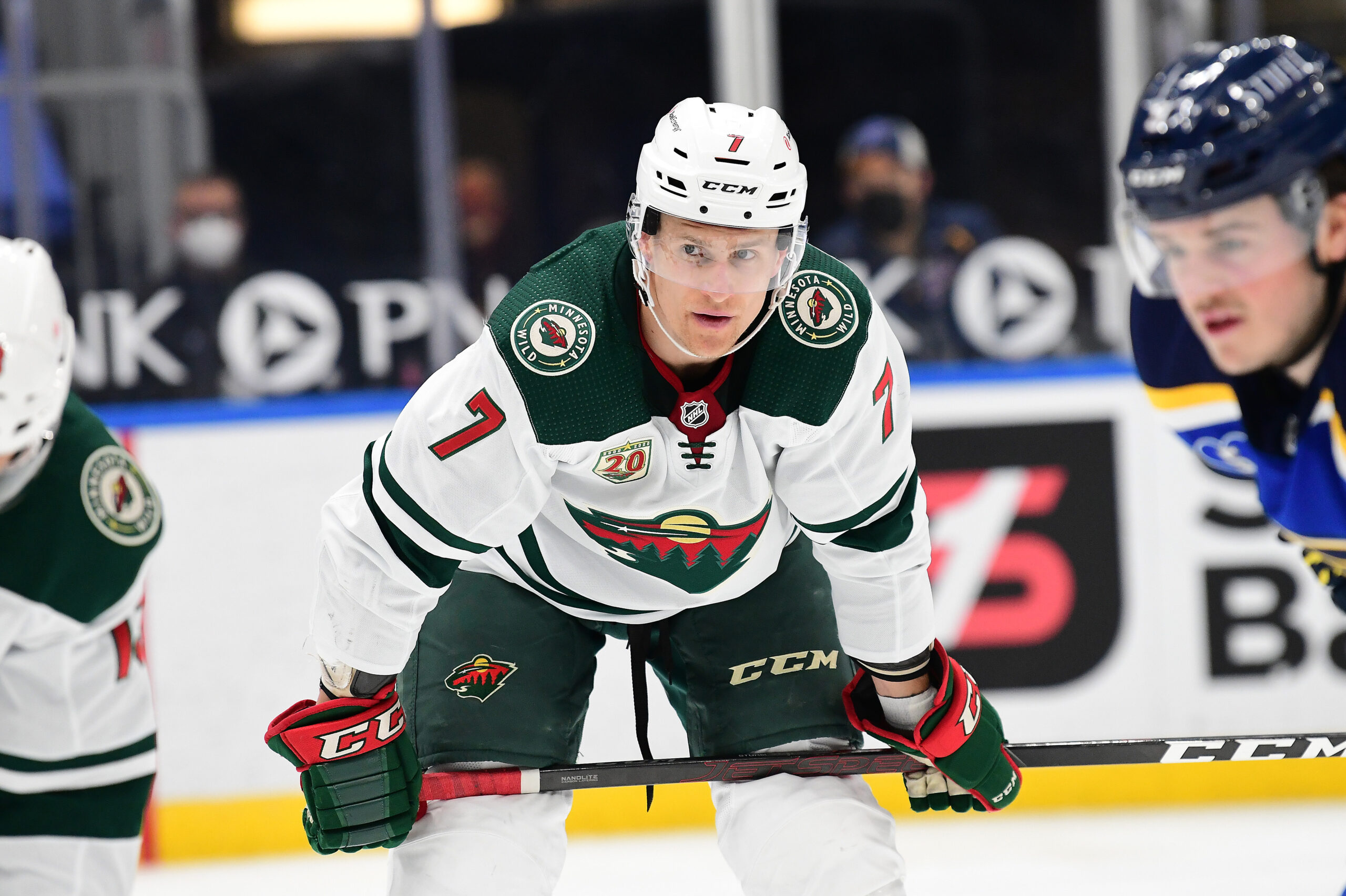 The Minnesota Wild snuck out a win in their second straight shootout. They claimed a lead early, but the New Jersey Devils forced their way back when the Wild let down their guard in the second and third periods. The Wild were fortunate Cam Talbot was sharp when they entered the shootout, his saves and Kevin Fiala’s goal won them the game as well as some very well-placed goalposts.

Talbot was on fire the majority of the time, which is one of the reasons the Wild could come out on top. The two goals the Devils scored were a combination of a breakdown on defense and Talbot not being able to see the puck. The Wild may have squeaked out a win, but they have a few things to work on.

The Wild have a new name in the lead for most goals scored this season and it’s Ryan Hartman. A player who hasn’t scored a lot in the past and was underrated because of it burst onto the scene this season with ten goals and 14 points so far. If he continues on this path, he may have a career-high in points and goals, something the Wild could need. Moving on to the Wild’s next surprise scorer, Nico Sturm. He showed real potential last season, while he’s been pretty sporadic this season, but still shows promise. He scored a picture-perfect shorthanded goal that gave the Wild a two-goal lead over the Devils after a great set-up by linemate Frederick Gaudreau.

That leaves the game-winner and that belonged to Fiala, who’s had a real scoring struggle this season. He’s tallied points here and there, but after seeing his shootout goal, it’s hard to believe he’s had trouble at all. He showed his natural talent for finding the back of the net, and hopefully, this will spark a goal-scoring streak in his favor.

The Wild have started their old habit of snatching an early lead only to let it slip away in the later periods. They jumped out to an early two-goal lead against the Devils, but it didn’t last and the Devils tied it with a little over a minute left in regulation. The main reason was the Wild didn’t keep their play level consistent. They didn’t show any signs of fatigue or being out of routine during the beginning of the game, but as time went on, they started to make mistakes.

Related: Wild Need to Keep Their Heads Up After Hard Losses

Something noticeable later in the game was their defense. They weren’t covering their own players and they had multiple Wild players in one spot instead of being spread out. It didn’t cause any major problems but could lead to them if not fixed. The Wild need to figure out what happened and how to play a whole consistent game that doesn’t trail off towards the middle half of the game.

Wild Depend on Self Control

As for self-control, there were three areas the Wild needed to focus on. The first is not taking unnecessary penalties. Matt Dumba was guilty of this when he crosschecked Pavel Zacha halfway through the third period, he’d already been called for a high sticking penalty earlier in the game. He wasn’t the only one guilty of time in the box, Hartman has been known for goal scoring lately, but he was also called for two penalties.

The cause of one of Hartman’s penalties was not moving his feet. He stood still when the opposing player came into the zone that resulted in Hartman reaching out his stick and tripping the player. The Wild scored a shorthanded goal in the game, but they don’t want to make a habit of taking unnecessary penalties.

That leaves the third issue, the Wild’s passes. They’ve had a lot of giveaways lately, and it’s a result of two things. Their passes not being on target, or they didn’t look first and their pass goes directly to an opposing player. This happened a lot in their game against the Devils and they were extremely lucky it didn’t translate into more goals for the opposition. However, the exact opposite happened on the power play, the Wild connected on nearly every pass but wouldn’t shoot until the Devils’ defense had already set up and blocked the shot.

Following their win against the Devils, the Wild will head home for five straight games at home. They’ll be able to eat home-cooked meals and sleep in their own beds. They’ll also avoid the east coast traffic they got themselves caught in on the way to their game against the Devils.

As always, the Wild will need to fix their passing issues and penalty problems to be successful in their homestand. They’ll be facing the Winnipeg Jets, Tampa Bay Lightning, Arizona Coyotes, Devils, and Toronto Maple Leafs. The Maple Leafs will be the wild card as the Wild have yet to see them this season and it will be an interesting match-up for Wild fans to look forward to.

Mariah Holland is a contributing Minnesota Wild writer for THW as well as a cohost on the THW Youtube show Chicks & Sticks which produces a new show every Friday. She’s been covering the Wild at THW for just over eight months and has been on Chicks & Sticks since it started in early May. She is always looking for different angles to cover the Wild and dig deeper into the stories surrounding the team.