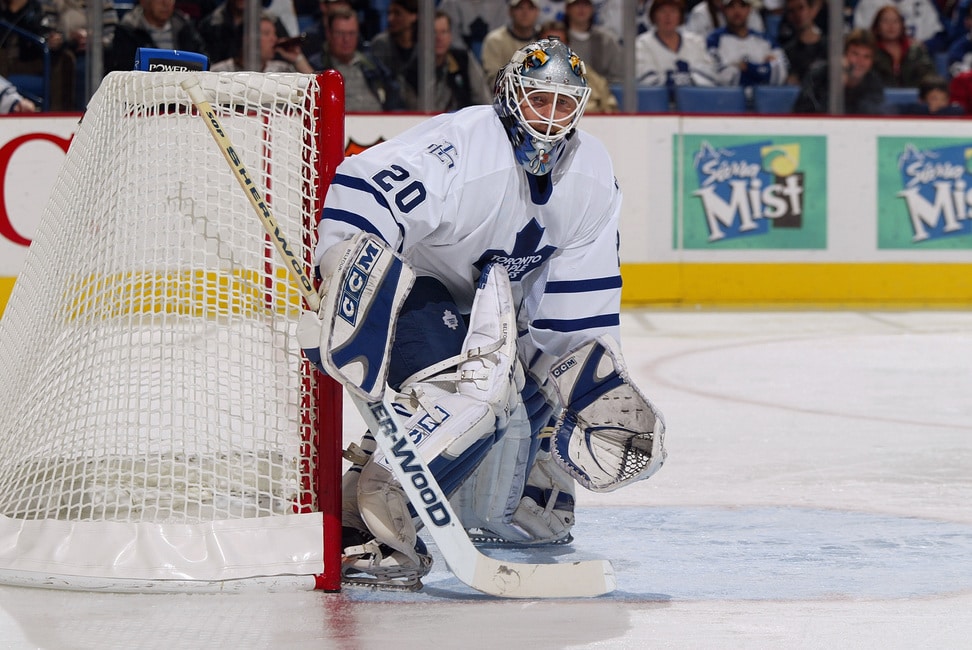 This date in National Hockey League history was very eventful in both Detroit and Philadelphia. In addition, a pair of Hall of Famers hung up their skates, an all-time great goaltender had multiple memories, and there was the very rare brother versus brother goal scored. So, let’s begin our daily journey back in time to relive all the best moments Nov. 24 has given us.

This has been a huge date in the history of Detroit hockey. In fact, you could argue that it is the most important date because, on Nov. 24, 1926, the franchise found the win column for the first time. The Detroit Cougars, who eventually became the Red Wings in 1932, beat the Chicago Blackhawks 1-0 for the first win in franchise history. Frank Frederickson scored the game’s lone goal and rookie goaltender Hap Holmes recorded the first shutout of this career.

Fast forward to Nov. 24, 1993, where Sergei Fedorov had a big night. The speedy Russian forward scored in overtime and added two assists in the Red Wings’ 5-4 win at the Vancouver Canucks.

Fedorov played a big role in a historic evening for the game’s greatest head coach. On Nov. 24, 2000, Scotty Bowman became the first person to coach 2,000 regular-season NHL games. Fedorov scored a pair of goals, including the game-winner in the final minute of the third period, to give Bowman and the Red Wings 3-2 win over the Canucks. Bowman retired in 2002 with 2,141 games behind the bench and is still the only head coach to be in the 2,000-game club.

Hall of Fame defenseman Chris Chelios made history on Nov. 24, 2006, in Detroit’s 3-2 shootout loss to the St. Louis Blues. He appeared in his 1,496th career contest, becoming the NHL’s all-time leader for games played by U.S.-born players. He broke the previous record held by Phil Housley.

An Eventful Date in Philadelphia

Goaltender Bernier Parent set a franchise record with his sixth shutout of the season on Nov. 24, 1973, as he led the Philadelphia Flyers to a 1-0 victory at the Blues. It took Parent just 20 games into the teams’ seventh season to break the old record.

Five years later, on Nov. 24, 1978, Rick MacLeish played in his 500th NHL game in the 4-3 victory over the Minnesota North Stars at the Spectrum. He played in 741 games for the Flyers before he was traded to the Hartford Whalers in 1981.

Fred Shero lost his battle with cancer on Nov. 24, 1990, at the age of 65. He coached the Flyers during their most successful era, between 1972 and 1978, winning back-to-back Stanley Cup championships. At the time of his death, his .612 points percentage was the fourth-best in league history.

Kevin Dineen scored his 10th career hat trick, and Mark Recchi had a goal and three assists on Nov. 24, 1993, in the Flyers’ 9-2 win over the visiting Montreal Canadiens. Dineen was initially drafted by the Whalers with the third-round pick they acquired in the trade with the Flyers for MacLeish.

A Pair of Hall of Fame Retirements

One of the early stars of the NHL, King Clancy, announced his retirement on Nov. 24, 1936, two days after playing his final NHL game. He played a total of 16 seasons with the original Ottawa Senators and the Toronto Maple Leafs, scoring 137 goals and 287 points. He won three Stanley Cups, two with Ottawa and one with the Maple Leafs. The end of his playing career was far from the end of his life in hockey. He spent most of the next 50 years in the game as a referee, head coach, and team executive. He took his place in the Hockey Hall of Fame in 1958.

Gilbert Perreault hung up his skates for good, on this date in 1986. He spent his entire career with the Buffalo Sabres after they selected him with the first overall pick of the 1970 NHL Amateur Draft. He still leads the franchise with 1,191 games played, 512 goals, 814 assists and 1,326 points. He was inducted into the Hockey Hall of Fame in 1990.

Hall of Fame goaltender Ed Belfour enjoyed playing on this date during his career. Starting on Nov.  24, 1999, he was in net as the Dallas Stars beat the Los Angeles Kings 3-2 in overtime for the 1,000th win in franchise history. The Stars became the 11th team in league history to hit the 1000-win mark.

One year later, on Nov. 24, 2000, Belfour recorded his third straight shutout in the Stars’ 3-0 blanking of the visiting Columbus Blue Jackets. This was the sixth shutout of the season for him and the 55th in his career.

Finally, on Nov. 24, 2003, now with the Maple Leafs, Belfour earned this 408th career win by beating the Canucks 2-1. This moved him ahead of the great Glenn Hall for the fifth-most wins in league history. He retired with 484 career wins, which are fourth on the all-time victories list.

Charlie Simmer scored a goal on Nov. 24, 1979, in the Kings’ 4-4 draw with the New York Islanders. This started an eventual franchise-record 13-game goal-scoring streak for Simmer.

On Nov. 24, 1989, Mario Lemieux scored his fifth career penalty-shot goal against netminder Bob Mason in the Pittsburgh Penguins’ 7-4 road win at the Washington Capitals. At this point in his career, Lemieux was a perfect 5-for-5 in penalty shot attempts.

Mark Messier became the 30th player in NHL history to record 600 career assists on Nov. 24, 1990, in the Oilers’ 4-1 win at Toronto. He finished his remarkable career with 1,193 career assists. Only Gretzky and Ron Francis have more.

On that same night, Al Arbour became the second man in league history to coach 1,300 career games, including the playoffs). The milestone came in the Islanders’ 2-2 tie with the New York Rangers. At the time, Dick Irvin was the only other coach to accomplish this feat.

Brian Bradley scored a goal on Nov. 24, 1992, to help the Tampa Bay Lightning beat the Maple Leafs 3-2. This was his eighth straight game with a goal and pushed his point streak to 13 games in a row, both franchise records.

A decade later, on Nov. 24, 2003, Mathieu Biron of the Florida Panthers scored a goal on Sabres goaltender Martin Biron. This marked the first time in 23 years that a player scored a goal on his brother. Phil Esposito was the last player to do so when he got the puck past his brother Tony on Nov. 5, 1980.

Russian hockey legend Viktor Tikhonov passed away on Nov. 24, 2014, at the age of 84. After a very successful playing career as a defenseman, he began a coaching career that took him to the top level of his native country. He was the head coach of the famed Soviet Union national team when they dominated the world stage. He won Olympic gold medals in 1984, 1988, and 1992. He was behind the bench when the Soviets lost to the United States in the famed “Miracle on Ice” game in 1980. In addition, he led CSKA Moscow to twelve straight league championships.

Finally, on Nov. 24, 2014, Marc-Andre Fleury led the Penguins to a 3-2 overtime win versus the Boston Bruins. The victory was the 300th of his career. He was the third-youngest goaltender to join the 300-win club at 29 years and 361 days old. Martin Brodeur and Terry Sawchuk were the only two netminders who were younger when they won their 300th game.