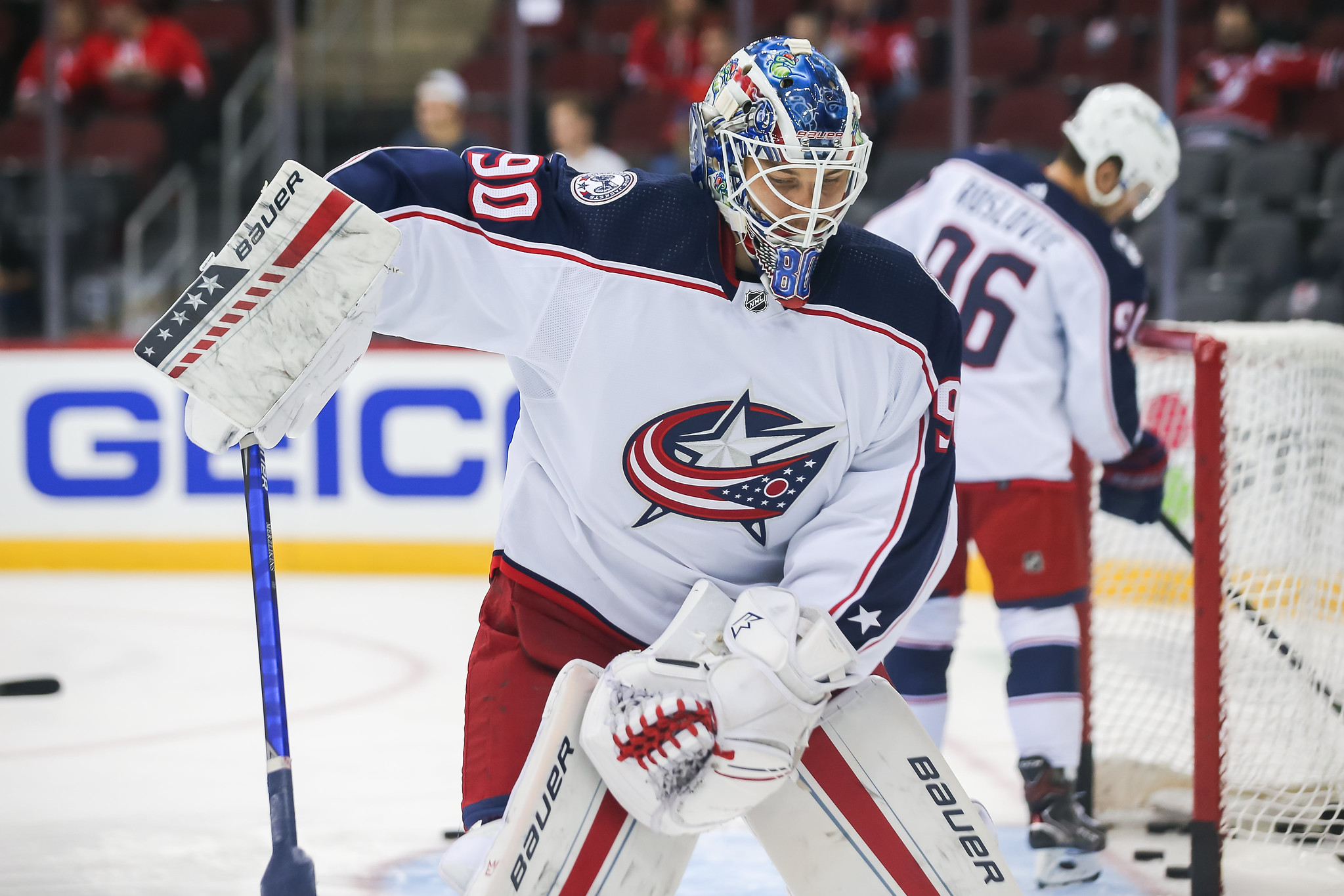 The Columbus Blue Jackets enter the week at 7-3-0. Raise your hand if you saw this coming. Ok now put your hands down all you liars.

Most every pundit and hockey expert expected the Blue Jackets to have a rough season. They still might. However there is no denying what they’ve been able to accomplish within these first 10 games.

This week on Blue Jackets News & Rumors, we revisit the two games against the Avalanche to see what they were able to do to get two wins against one of the Stanley Cup favorites. Then we’ll discuss why this start is a historic one for the team. And then we’ll offer up a bunch of side dishes, different observations from around the team for your consideration. Let’s jump in.

This two-game series was going to put the Blue Jackets to the test. They had won five of their first eight games and were feeling good about themselves. But with these games against the Avalanche, was reality going to start setting in? At least that’s what many people thought going in.

But don’t tell these Blue Jackets they didn’t have a chance.

On Wednesday, the Blue Jackets overcame an early 2-1 deficit to take the lead in the third period 4-2. They then gave up two late goals to make it 4-4. But in overtime, Jake Bean connected on his second goal of the game to win it. As tough as it was to blow a two-goal lead, the Blue Jackets stuck with it and grinded out a win. That will boost your confidence.

That confidence carried over to Saturday night where they enjoyed a great start going up 1-0 on a goal by defenseman Gabriel Carlsson. Two Andre Burakovsky goals put the Avalanche up 2-1 after two periods. But like Wednesday, the Blue Jackets scored three unanswered goals. This time, that led to a win and the sweep of the mini-series.

Let me give you an example. In the two combined games, take a look at these numbers.

The Blue Jackets’ youth delivered when it mattered most. In addition, they limited one of the best lines in the NHL. MacKinnon played Saturday night with captain Gabriel Landeskog and Mikko Rantanen, who just came back from injury. Each played over 20 minutes. Each were held off the scoresheet.

Head coach Brad Larsen being at home had the last change. He opted to put both Boone Jenner’s line and Sean Kuraly’s line against MacKinnon when possible. Here’s Larsen postgame about how they handled the matchup.

“You gotta be careful. They can sting you real quick that line,” Larsen said. “You try and just soften the blow against them because they’re going to get some good opportunities. They’re big, powerful men, one of the better lines in the league when they’re really clicking. I thought both lines actually did a really good job against them tonight.”

On the other side, Avalanche head coach Jared Bednar pointed to one overarching theme during his postgame to explain their struggles: turnovers. The Avalanche’s puck management was not at its best. It wasn’t at its best because the Blue Jackets utilized their speed to match and exceed what the Avalanche brought.

The end result is two important wins for the Blue Jackets. They now enjoy five days before they play their next game Friday night against the Washington Capitals. But we now have to talk about some history made thanks to these two wins.

Blue Jackets Off to One of Their Best Starts Ever

The Blue Jackets 7-3-0 record is tied for their best start to a season in franchise history. They also started 7-3-0 in the 2016-17 season. That was their 50-win and record-setting 16-game winning streak season.

Many are wondering how the Blue Jackets are doing this. There are a few reasons in play here. Elvis Merzlikins is off to a Vezina-like start. Jake Voracek is doing exactly what he is supposed to be doing on this roster. Oliver Bjorkstrand is one of the leading point getters in the NHL. Their defense is playing good enough. And you know what, there’s very little drama surrounding this team.

Let’s quick hit each point. Merzlikins has done everything you wanted and then some. His record stands at 5-1-0 with a 1.98 GAA and .940 save percentage. He gives them a chance to win every game he starts.

Voracek has no goals yet, but has 10 assists in 10 games played. His 10 assists is only exceeded by three members of the Edmonton Oilers. Connor McDavid and Ryan Nugent-Hopkins each have 14 and Leon Draisaitl has 13. He was traded to the Blue Jackets to be a playmaker. He’s done just that at an even higher level than some expected early.

Bjorkstrand leads the Blue Jackets in points with 13 and is among the top point producers league-wide so far. Where his growth has come has been defensively where he’s turning into one of the more dependable two-way players in the game. He along with Gus Nyquist played with Jenner on Saturday helping to shut down the MacKinnon line.

Overall, the defense has played good enough and has had to overcome injuries. Zach Werenski is among the league leaders in time on ice and has played to the level of a top defenseman in the early going. Bean has contributed at both ends and has shown chemistry playing with Werenski. Carlsson and Andrew Peeke have each done their job playing in a bottom-pair role. Vladislav Gavrikov has been dependable no matter who he’s played with. Overall, it’s a good start for a unit that had many questions coming in.

That leads to this last thing for now, the drama or lack thereof in this case. Do you see how quiet it is around the Blue Jackets this season? That’s exactly how they want it to be after enduring several situations over the last few years. The lack of noise has to be a relief to everyone within the organization. They can focus on playing hockey and having fun. It’s clearly helped them at the start despite being one of the youngest teams in the NHL.

You add it all up and it equals a historic start for the Blue Jackets.

I am a fully credentialed writer who covers the Columbus Blue Jackets, Cleveland Monsters and Erie Otters as well as the Ontario Hockey League and NHL Draft. The 2021-22 season will mark eight seasons with the Hockey Writers. I am also the site’s Credentials Manager.