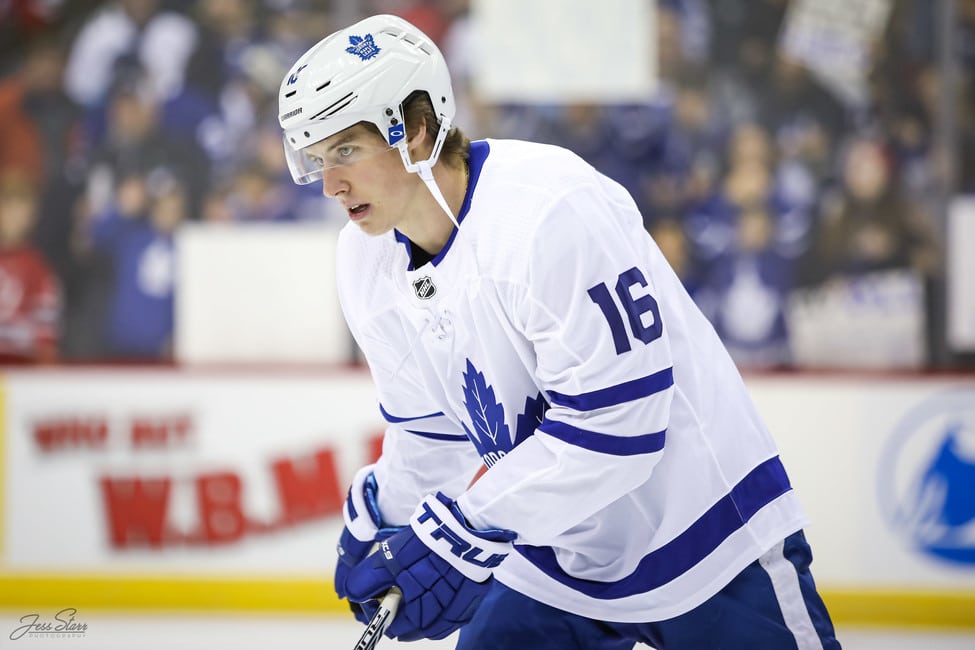 In today’s NHL rumors rundown, the Edmonton Oilers have reportedly finalized a deal with Colton Sceviour, while the Nashville Predators have inked veteran defenseman Mattias Ekholm to a four-year extension. The Colorado Avalanche are going to try and limit Darcy Kuemper’s starts, Mitch Marner is a game-time decision for the Toronto Maple Leafs during their opening game of the season and there’s talk that another GM is partly to blame for Marc Bergevin not signing an extension in Montreal.

It was rumored the Oilers were working on a deal for PTO forward Colton Sceviour and late Tuesday night, TSN’s Ryan Rishaug reported that a deal was pretty much done, but could be announced Wednesday. That turned out to be an accurate report as the Oilers signed Sceviour to a one-year, two-way contract worth $750K.

A few other transactions followed for the Oilers, including assigning defenseman Philip Broberg to the Bakersfield Condors of the AHL, recalling Kyle Turris from the AHL (he never really left after clearing waivers) and placing Josh Archibald on the LTIR, with Zack Kassian going on the IR.

While Kassian is on the IR, he did participate in practice this week.

The Predators will keep Ekholm with a four-year, $25 million extension. It’s a deal that is getting mixed reviews, some because the value is fair for what he offers right now, others because his production has been declining and is sure to decline further.

With this deal, it’s fair to say we should scratch Ekholm’s name off the trade bait list for this season. This is a deal that suggests the team wanted to keep him, he wanted to stay and it’s not a given that a number of teams would be interested in taking on this kind of commitment if either side changed their minds.

As for what the Predators do next, this deal is intriguing because they appear to be a team on the verge of a rebuild, having shipped off Ryan Ellis and Viktor Arvidsson this offseason.

Avalanche With Decisions to Make

According to Mike Chambers of the Denver Post, Avalanche GM Joe Sakic likely knows he’ll need to make a decision regarding forwards Andre Burakovsky, Nazem Kadri and Val Nichushkin, all of whom are entering the final year of their deals. He wasn’t willing to talk about their potential futures with the club, nor hint at who they would prioritize. Sakic said, “We want to get off to a good start and worry about hockey. The rest will take care of itself. … We’ll have the talks with them. It won’t be public.”

As for what the Avs expect out of newly acquired goaltender Darcy Kuemper, Sakic knows he’s never really been a starter in the NHL. The team is confident in his ability but does want to limit his starts if possible. Sakic explained:

“He was one of the better goalies in the league and he’s going to get his games. Pavel sprained his ankle and he should be back in a couple of weeks. He’s a real good backup goalie, so he’s going to get some games. Joonas Johansson will get games as well. … I’m not sure how many games Darcy is going to get, but it’s not like he’s going to be playing 60 or 75 games.”

Elliotte Friedman reported in his latest 32 Thoughts column that one of the reasons a deal didn’t get done this summer between the Canadiens and GM Marc Bergevin was because Bergevin was using recently-hired Chris Drury’s contract in New York as a comparable. Drury signed a contract believed to be in the mid-$4 million range and Bergevin might want at least that much. The Canadiens aren’t keen to give him that.

After leaving practice early, the status of Mitch Marner for the Maple Leafs opening game of the season isn’t entirely known. He’s being announced as a game-time decision against the Canadiens.

In a fluke collision during the final practice before the game, Wayne Simmonds accidentally caught the helmet of the Marner from the blindside and knocked him down. The Leafs pulled Marner for precautionary reasons. The Maple Leafs are already down a forward as Auston Matthews will miss the game as he recovers from off-season wrist surgery.

Barre-Boulet claimed off waivers by Kraken
Guay, others blazing trail with their whistles
Wild News & Rumors: Boldy, Beckman, Roster Cuts & More
‘Am I going to be all right?’ Blue Jackets’ Merzlikins tries to move on after death of Kivlenieks
Canadiens’ Kulak and Petry Form Ideal Defense Pairing