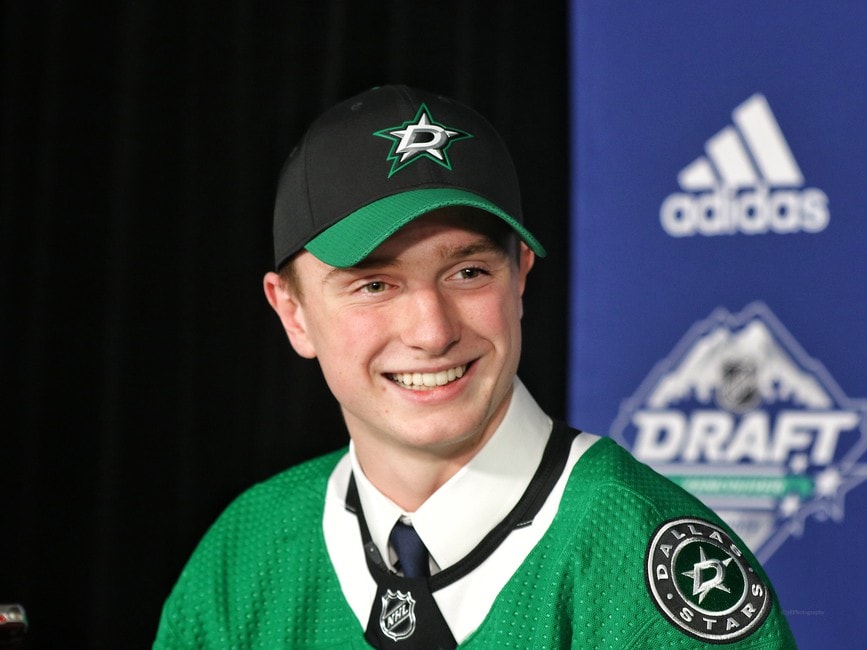 In surprising news today, Stars forwards Jason Robertson and Blake Comeau were not on the ice for practice. When asked about what was believed to be a maintenance day for them, head coach Rick Bowness stated that both players were actually dealing with upper-body injuries. There were no known incidents for Comeau, but Robertson was hit and slow to get up last Thursday against the Colorado Avalanche. However, he simply shrugged off the idea of an injury following the game.

“I just got clipped a little bit, but it was fine. I mean, I finished the game”

Both players missed practice on Sunday and Monday. Their status for Thursday’s season opener remains unknown as they are listed as “day-to-day” and Bowness did not reveal any further details.

While the final roster was mostly known already, the Stars finalized it yesterday afternoon. Most of the moves made sense including Ben Bishop being placed on long-term injured reserve (LTIR). However, there were a few surprises on the list as well. Joel Kiviranta and Jacob Peterson were loaned to the Texas Stars of the American Hockey League (AHL) while Oskar Back remained on the NHL roster, Jani Hakanpaa was placed on injured reserve, and Dallas chose to keep all three goaltenders, leaving only six spots for defensemen.

While this sounds confusing and even annoying, keep in mind the reasons behind these moves. The Stars were above the salary cap heading into camp after adding multiple new players this summer. Now, after placing Ben Bishop on LTIR, they will need to make a few strategic moves to stay below the cap.

Harley Heads Down to AHL

One of the hottest topics heading into camp was the development of Thomas Harley. The young defenseman was going to get his chance to prove he was ready after exceeding expectations in the AHL last season. Throughout the preseason, he played well. He did not over impress but he was solid while playing heavy minutes early on. On Monday, it was confirmed that he would be playing in the AHL to start the season. For Harley, this is another step taken. He has now proven he can play on the top level and can continue to grow his game with the Texas Stars.

“It’s his defending that’ll take him to the next level. We’ve got to get his hands on him, J.J. got to work with him on the strength side, and you’ve got Neil and the coaching staff working with him. I think the biggest strides I saw with his defensive game is urgency with the puck. He’s got to learn to minimalize the mistakes, and he’s doing a good job with that.”

– Stars Director of Player Personnel Rich Peverley, who along with Stars player development coordinator J.J. McQueen, has been working with Harley and other prospects

For Harley, playing heavy important minutes in the AHL is far better than being a seventh defenseman in the NHL. He will remain the Stars’ top prospect and will be a big-time NHL player in the near future.

We have arrived! NHL hockey returns today and the Stars are only two days away from their season opener. It has already been a wild ride through the preseason and is sure to continue that way throughout the regular season. Buckle up, Stars fans!

Sam Nestler is a Dallas Stars contributor for the ‘The Hockey Writers’. Growing up in New Jersey, Sam has been playing hockey since he was 7 years old. Developing a love for writing in college, Sam uses his hockey knowledge to create analyses and articles on every aspect of the game. Sam also hosts his own podcast on Spotify, the “Slapshot Sammy’ podcast, breaking down action across the NHL and NCAA. Check out the podcast here, and give his latest article a read!