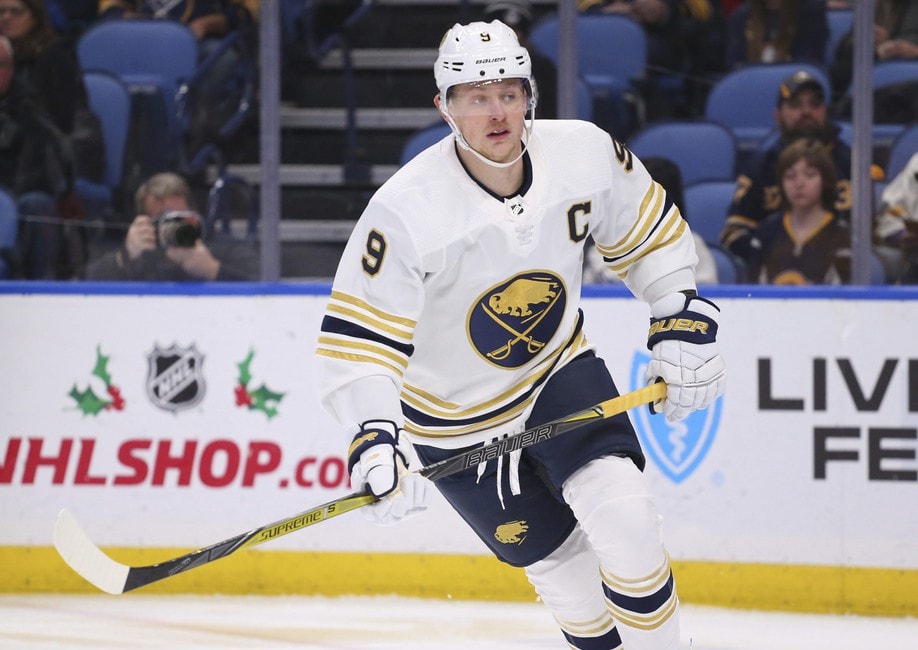 In today’s NHL news and rumors rundown, Gary Bettman weighed in on the Jack Eichel situation, while it was revealed the Calgary Flames were a team that showed a ton of interest in a trade. It appears defenseman Jack Johnson could be close to signing a deal with the Colorado Avalanche, while the Montreal Canadiens aren’t confident Carey Price will be ready for the regular season. Finally, is Euege Melynk giving Brady Tkachuk the cold shoulder?

Bettman Says No One to Blame In Eichel Situation

NHL Commissioner Gary Bettman was on the Jeff Marek show and was asked about his take on the Eichel situation with the Buffalo Sabres. He noted that there’s not much he or the NHL can do here and explained:

“It’s a terrible situation, I don’t think it’s fair to point the finger at anybody in terms of who’s right and who’s wrong, I think everyone’s approaching this with the best intentions. The injury is both complex at its diagnosis and treatment and I think people need to be a little more patient.”

In other words, don’t expect a resolution anytime soon and definitely don’t expect the league or an arbitrator to step in force a decision. As Elliotte Friedman noted last week, it might require Eichel actually going to court at some point.

Friedman also said while on that show that one of the teams that heavily kicked tires on Eichel was the Calgary Flames. Friedman said, “Calgary really tried and not once did anyone ever say to me he (Eichel) wouldn’t go to Calgary”.

David Pagnotta of The Fourth Period reported last week that contract talks between the Panthers and Barkov were moving slowly, but the hope was that a new deal would be finalized before the start of the season. He offered an update on the Barkov negotiations.

Saying that the Panthers are trying to get an eight-year deal done with the center, “Barkov is certainly open to that idea, but the money has to make sense. Obviously.” He adds:

One source close to the situation told me this week “it gets done when it’s done,” which leads me to believe it’s a matter of when and not if. Both sides would like to get this book closed by the time the season starts, but that doesn’t sound like a hard stop deadline.

As per Peter Baugh of The Athletic, things are “trending in the direction” of a new contract for Jack Johnson who is with the Avalanche on a professional tryout right now. An injury to Devon Toews opened up a spot for a defenseman to come in earn a contract and it sounds like he may have done so.

Baugh hints that if the Avalanche don’t sign him, someone else will. He writes:

Johnson had options for professional tryout contracts with other teams, per the league source, as well as interest from one team in a potential non-PTO deal, but Johnson wanted to come to Colorado. He’s had a relationship with Avalanche assistant general manager Chris MacFarland since both their tenures in Columbus, where Johnson played 445 games and MacFarland worked for 16 years, and he had a positive conversation with coach Jared Bednar.

Price Unlikely to Be Ready to Start Season for Canadiens

Canadiens’ head coach Dominique Ducharme told reporters including John Lu of TSN that Carey Price is currently dealing with a non-COVID illness and says, “We are less confident now (that he’ll start the season on time). If he misses the first game we don’t believe it’s going to drag too long. We’ll see. He’ll be back tomorrow & build from there.”

This could explain why the Canadiens claimed Sam Montembeault off waivers this weekend. If they knew that Price wasn’t going to be ready, they may have felt they needed another suitable backup.

Melynk Not Talking to Brady Tkachuk?

Andy Strickland writes that the Ottawa Senators, specifically owner Euegene Melynk might be essentially ignoring Tkachuk until the player comes around to what the team wants him to do. Strickland writes:

Lack of communication from Ottawa to the Brady Tkachuk camp is a big reason of what’s preventing Tkachuk from being signed. The Senators Owner has a history of this with star players. The team is set only on signing Tkachuk to a 7 or 8 year term vs doing a bridge deal. The Senators, at times, have gone several days w/o reaching out to the Tkachuk camp. There’s a solution and a deal to be made. Again organization has a history of this with star players.