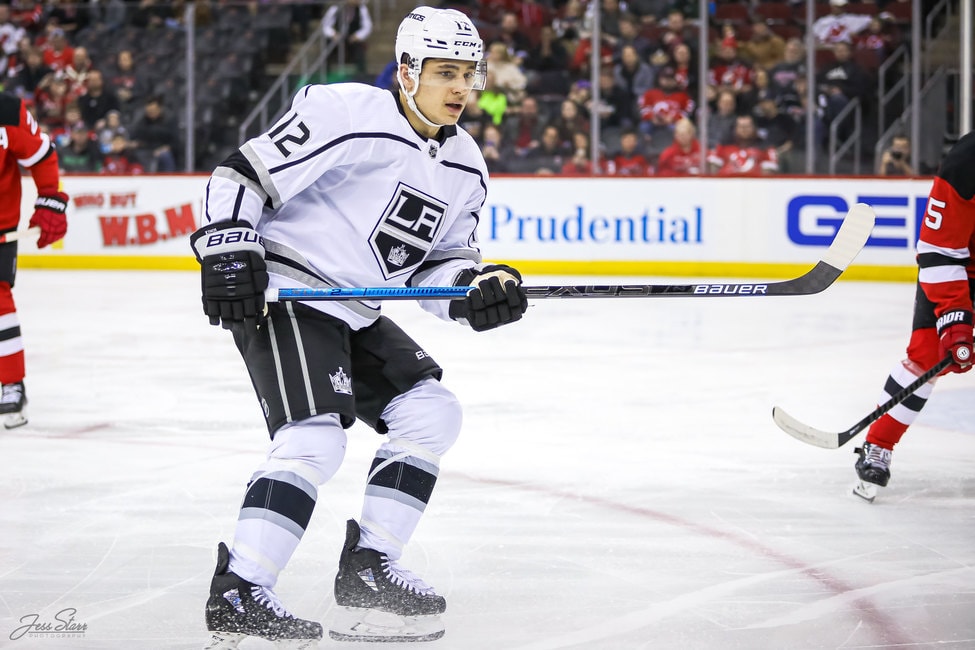 As a team coming out of the rebuilding phase, the Los Angeles Kings’ roster for the coming season will be loaded with young talent. For the most part, the team has shed the veteran players that reached the peak of their careers during LA’s Cup runs in the early 2000s.

Considering how many young players are on the team, it is no surprise that the Kings have several value contracts for the coming season. When LA brought on these young players, they had yet to prove themselves. Over the past few seasons, though, the state of the team allowed them ample ice time to show what they are capable of. While they have demonstrated they belong in the lineup moving forward, they are still on the cheap contracts that brought them to Los Angeles, making them a bargain for what the players bring to the team.

The impact Trevor Moore made on the Kings last season was unexpected. The now 26-year-old was traded from the Toronto Maple Leafs to LA, his hometown team, in February 2020, along with a 2020 third-round pick and a 2021 third-round pick in exchange for Jack Campbell and Kyle Clifford.

Moore’s contract won’t be as much of a bargain as it was last season, as the Kings recently extended him on a two-year contract, carrying an average annual value (AAV) of $1.875 million. For what he brings to the table, though, I would still consider it a value contract.

Last season, Gabriel Vilardi made the transition from NHL prospect to full-time NHL player. Expectations were high heading into the campaign, as he had recorded seven points in just 10 games in the 2019-20 season. While he did struggle at times in 2020-21 and maybe didn’t match the production from his small sample size the season prior, he still managed 10 goals and 13 assists in 54 games.

Vilardi had a great season when it came to his overall contribution to the Kings; his 0.9 wins above replacement (WAR) ranked third on the team. Like Moore, Vilardi also played top-six minutes, banking just under 800 on the season — they were the only two Kings to play top-six minutes and get paid under $2 million.

Even though Vilardi’s presence was crucial to the success the Kings had, he was still playing under his first NHL contract, paying him just under $895,000. He will be getting paid the same salary for one more season, giving the Kings great bang for their buck.

In his first full season with the Kings, Mikey Anderson put up one goal and 10 assists through 54 games. While his offensive production wasn’t stellar, he played some incredible minutes on LA’s first pair, alongside Drew Doughty — he was on the ice for over 1,140 minutes, third on the team. The top pair showed quite the discrepancy in pay; Doughty played his second season getting paid $11 million, while Anderson’s salary was just $925,000 — his salary for next season as well.

Anderson played very well defensively, recording 74 blocks, second on the Kings. He also had the team’s second-best goals against per 60 rate (GA/60) for those playing more than 20 games — 2.05 on the season — and their third-best expected goals against per 60 rate (xGA/60) for those playing more than 10 games — 2.38 at the conclusion of the campaign. Next season, his salary of under $1 million will provide great value on LA’s blue line.

Calvin Petersen and Jonathan Quick played 1A and 1B roles for the first time last season, giving Petersen a chance to prove the net should be his moving forward. He did have some struggles towards the end of the campaign, but his overall numbers were very good.

The expectation is Petersen will be the starter for this coming season, yet his salary sits at just over $850,000. This provides great value for the Kings if he plays up to the standard we know he is capable of. It will be his last season on the deal, though, so he could see a significant salary bump for the 2022-23 season.

Out of all the aforementioned contracts, Moore’s has the most term left on it. However, he still only has two seasons remaining. Vilardi, Anderson, and Petersen will all need new contracts after this season, and in all likelihood, they will not be value contracts, even if they get reasonable money.

Moving forward, the Kings will look to their up-and-coming prospects to provide value for money. If any of them can break out this season as the elite players they are expected to be while still on their entry-level deal, their contracts will be considered a bargain.

Zackary Weiner is a high school student from New York City who covers the Los Angeles Kings here at The Hockey Writers. He is a lifelong hockey fan and player, and his previous experience includes writing articles about the NHL for various online publications. His articles cover a wide variety of topics that concern the Kings and he takes into account a range of viewpoints, making his articles a perfect read for anyone who wants to stay up to date on the team. Zackary is more than happy to get into a conversation with fellow Kings fans, so feel free to leave a comment below any of his articles like this one to let him know your opinion and what you want to see next. You can also listen to him talk about the team on Fantasy Hockey Life and The Hockey Writers Live.