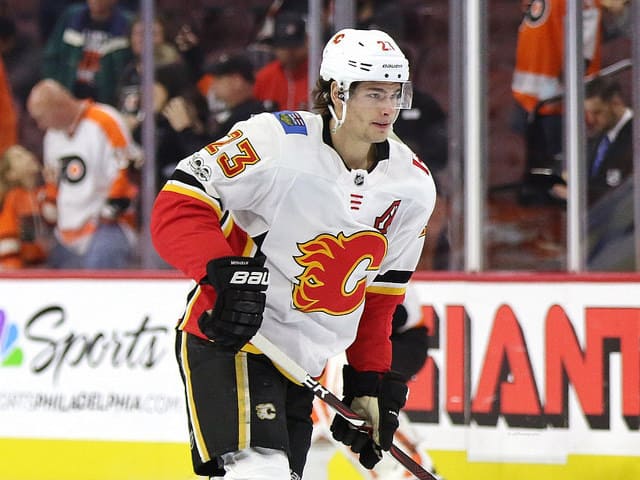 In today’s NHL rumors rundown, there’s been lots of chatter about Kirill Kaprizov and the Minnesota Wild. GM Bill Guerin has addressed talk of a rumored deal in the KHL. Is he at all worried? Meanwhile, are the Calgary Flames thinking about moving Sean Monahan in a trade? What might an extension between the Boston Bruins and Patrice Bergeron look like? Finally, in a bit of a fun story, newly-signed Phillip Danault had to pay dearly for the right to keep his jersey number in Los Angeles.

Guerin Not Worried About “KHL Deal” for Kaprizov

As per a report by NHL.com, Guerin isn’t concerned about how contract negotiations with restricted free agent forward Kirill Kaprizov are going and if there’s a deal on the table from CSKA in the KHL. Chatter has been that the player is either thinking about jumping ship or using the “offer” as leverage against the Wild. Guerin says, “I think things are going well enough.” He added, “We still have lots of time, there’s no rush or panic. I’m in constant communication with Kirill’s agent. We continue to move forward.”

Guerin has continued to stick to his desire to get Kaprizov signed to a long-term deal and the offer from the KHL isn’t weighing on him in terms of how he’ll negotiate an extension.

In regards to the deal with Kevin Fiala, Guerin did admit that he would have liked to have gotten a longer-term extension done, but said:

“But after a while, in going back and forth, it just seemed like we weren’t going to be able to get anything done. And, with the arbitration date coming (Tuesday), it just worked out that we could settle on a one-year deal. We’re very happy to have Kevin back in the mix. There’s no threat of missing training camp, and he can just kind of focus on being ready for training camp and his conditioning and all that stuff.”

According to Hailey Salvian of The Athletic, Monahan may be on the move out of Calgary as part of a series of moves to potentially land Christian Dvorak and improve the team’s blue line issues. Salvian writes:

Sean Monahan would be the longest-tenured member of the “official” leadership group, having been an alternate since 2015-16. But as pointed out, his time in Calgary could be limited, as he is frequently mentioned in trade speculation. Even if he stays, he only has two years remaining on his deal, and I’d be surprised if he was re-upped in Calgary.

Salvian also points to back-to-back down seasons and another surgery and says the team might move Monahan or Mikael Backlund to make room up the middle. He might not be the easiest player to trade as he’s got a $6.375 million AAV.

In order to keep the number of his jersey from Montreal, Phillip Danault had to convince Lias Andersson of the Los Angeles Kings to give it up. To get the number 24, according to a report made by Kings insider John Hoven, Danault had to fork over some cash and pay for a very expensive watch.

“We’re all good now,” said Lias Andersson as he put on his brand new Rolex.

Bruins Extension with Bergeron Likely to Be Two Years?

We mentioned last week that the Bruins had told Bergeron to choose what kind of extension he’d like to sign and the team would try to make it work. According to an article featured on Bleacher Report, writer Lyle Richardson a two-year deal is the most likely option.

Projecting the cap hit will be around $6 million per season, Richardson suggests an inevitable decline and a desire by Bergeron to maintain the reputation in Boston that players work with the team to sign deals that keep them competitive, a long-term deal isn’t even under consideration from either side.