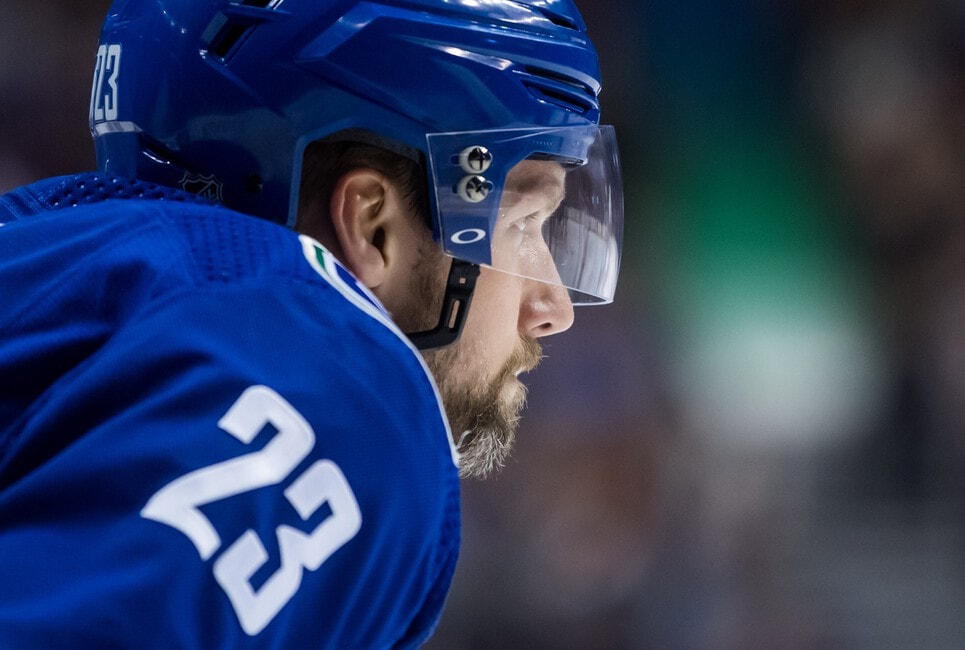 The Los Angeles Kings recently inked veteran left-handed blueliner Alex Edler to a one-year contract worth $3.5 million. Heading into the 2021-22 season, he is poised to be LA’s second-highest-paid defender behind the right-handed Drew Doughty. This underscores that Edler will be the Kings’ highest-paid left-handed defenceman and that he will be expected to be an important cog for the team. However, whether he will provide value on the team’s first or second pairing is a question that will remain unanswered until the puck drops on opening night. Mikey Anderson, 22, stepped onto the Kings’ top pairing last season and did an admirable job, securing himself a Calder Trophy vote.

Edler is a defenceman who plays a “heavy style.” He utilizes his body to block shots and is an extremely physical presence who chips in some offence. Throughout his 15-year career, he has blocked 1,751 shots (1.89 blocks per game) and thrown 1,414 hits (1.53 hits per game). He ranks sixth among active players in career blocked shots and has shown no sign of slowing down, as he got in the way of 118 shots in 2020-21. Additionally, he dished out 80 hits in 52 games played last season.

Edler’s offensive production and playing time saw a drop-off in 2020-21. He nabbed eight points (all of which were assists) throughout the entire season. Comparatively, the last time he hit below 10 points was in the 2006-07 season, which was his inaugural season in the league when he skated in just 22 games. In each of the three seasons prior to 2020-21, he eclipsed the 30-point plateau. His totals prior to last season indicate a bounce-back offensively is a possibility. Additionally, he logged reduced minutes, as his time on ice average (TOI) last season was 20:54. Before 2020-21, he averaged 21 minutes or more of TOI in every single season except for 2006-07. Despite his reduced usage, the only Kings who averaged more TOI last season than him were Doughty, Anze Kopitar and Mikey Anderson. The difference between Edler and Anderson’s TOI average was merely 16 seconds.

Edler spent his first 15 seasons with the Vancouver Canucks and recently elaborated on why he decided to join the LA Kings:

“They just showed a lot of interest… They thought that I would fit in with the team, they all believed in me and they showed interest early. They saw a part for me with the team and the organization, to play in a lot of different situations and helping out with the young talent we have here. It just sounded good to me.”

Edler discusses how the Kings foresee him playing in lots of situations and that he will help with the young talent. From this, it’s safe to assume he will be getting time on the penalty kill and a solid chunk of time at even strength, as L.A. wants him to play a lot. His remark regarding young players indicates he will have a mentorship role for LA’s young defenders, including Anderson and Tobias Björnfot. However, Edler’s comment doesn’t clear up much regarding what his TOI will look like because a veteran could mentor players while logging big minutes or reduced time.

It’s doubtful Björnfot, who averaged 16:50 TOI through 33 games played in 2020-21, would start the season playing more than Edler. However, he will get an increased opportunity to cement himself as a full-time roster player now that the Kings’ logjam on the left side has been partially cleared (Olli Määttä will likely compete for a spot on the bottom pair with him, but will likely be a spare in the case of an injury). Edler could be the measuring stick for Björnfot’s success, as if he plays well enough to justify him getting more playing time than Edler, it will prove he has developed into a top-four defenceman. Furthermore, Edler and Björnfot are both Swedes, so it would make sense for Edler to mentoring his fellow countryman.

Anderson had a great rookie season for the Kings, as he stepped up in a big way when needed. Last offseason, Määttä was brought into L.A. with the intention of being Doughty’s partner; however, this idea quickly bombed. Afterward, Anderson stepped up to the plate and spent much of 2020-21 on the LA Kings‘ top pairing. He averaged 21:10 TOI, which is a lot of ice time for a rookie. For perspective, in the 2019-20 rookie class, Adam Fox, who went onto win the Norris Trophy last season, averaged 18:54 TOI, while 2019-20’s Calder Trophy winner, Cale Makar, averaged 21:00 TOI. It’s unlikely Anderson will become a world-class defender like either of these two players, but his role as a rookie highlights how L.A. thinks he possesses the ability to help them in the years to come.

Anderson skated in 54 games last season. On the offensive end of the ice, he scored once and added 10 assists. In the defensive end, he contributed 74 blocked shots (1.37 blocks per game) and 66 hits (1.22 hits per game). At five-on-five, he played 817:27 with Doughty while only skating for 181:22 without him. The pairing played well, posting a shots for percentage (SF%) of 50.55, a high-danger chances for percentage (HDCF%) of 50.18, and a high-danger goals for percentage (HDGF%) of 57.14. These numbers are impressive considering that the pairing started off of faceoffs in the defensive zone (250) and the neutral zone (300) more frequently than they started in the offensive zone (236).

Arguments can be made for either Anderson or Edler starting on the top pairing. Personally, I’d keep the Doughty and Anderson pairing together. It worked well last season; Anderson is much younger than Edler (he’s a bigger piece of the future), and if Anderson has a sophomore slump, they can easily switch the pairings around. If Björnfot earns top four playing time by the end of the season, that would showcase that Edler’s mentorship role has gone swimmingly.

What would your ideal top pairing look like for the Kings in the 2021-22 season? Let me know in the comment section below.

Feel free to follow my Twitter @TheRoyalQuinn or on Insta @thw_quinn for updates on when my newest articles are published.

Who will be the next Canadiens GM, and what’s next for Bergevin?
Lightning expect center Point to miss 4-6 weeks
3 Takeaways From the Coyotes’ 5-3 Loss to the Oilers
Kings’ Brendan Lemieux suspended 5 games for biting Senators’ Brady Tkachuk
Tavares, Nylander lead Maple Leafs past Sharks for 8th victory in last 9 games