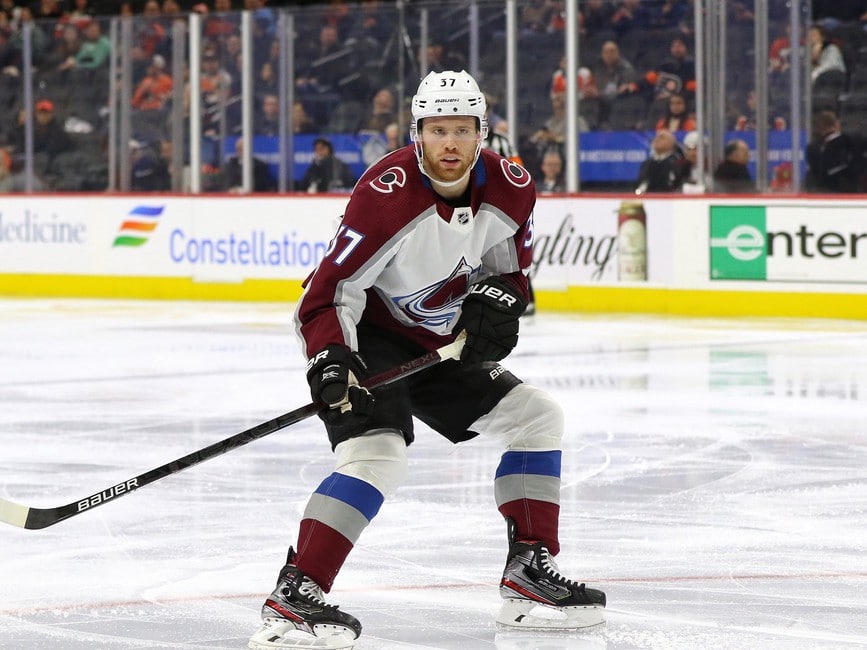 The Colorado Avalanche have arrived at the moment in time that everyone around the league has been waiting for over the past couple of years. The Seattle Kraken are about to name their first roster as a member of the NHL. The Avalanche, just like every other team in the league except for Vegas, submitted their list of players not available for Seattle to take, and just like all those teams, they will lose a player they did not protect. For a team like the Avalanche, losing a player on a roster ready to win a Stanley Cup could potentially prove crippling.

Seattle has a few players on the Avalanche roster that would help the expansion team in year one. And the question is, do they go with the obvious selection or take a player with a lower cap hit, enabling them to take a swing on some of the higher-priced players available such as Carey Price or Matt Duchene?

So here are the top four players the Kraken could be looking at when it comes to the Avalanche. The list doesn’t include any unrestricted free agents like Gabriel Landeskog or Brandon Saad. A couple of players will be obvious, one might be surprising, and the last is a long shot. But any of them would assist the Kraken to get off to a good start to their franchise while at the same time hurting the Avalanche this very next season.

The two names that everyone was throwing a Kraken jersey around when the unprotected names came out were either Joonas Donskoi or J.T. Compher, and it’s easy to understand why. Donskoi had the most production from the unprotected list. He is consistently a 30 point per-season player and would have left his previous career-high of 37 points in the dust had last season been a full 82 games. He completed the truncated 56-game season with 31 points (17 goals, 14 assists) in 51 games. This included one of the more memorable moments of the Avalanche season when he scored a first-period hat trick in just over seven minutes against the Arizona Coyotes.

Donskoi does make the most sense from not only a production standpoint but a financial one as well. He has another two years left on his current contract, costing $3.9M against the cap. A sensible number for a reliable forward, which is the final reason selecting him makes sense. Donskoi is a veteran when it comes to playoff hockey in his time with both the Avalanche and the San Jose Sharks. Thanks to what the Vegas Golden Knights did in their first season, Seattle is expected to do more than just put a team out on the ice. They are expected to make as much of a push for a playoff spot as the other 31 teams. Selecting a player like Donskoi prepares them for that if they do make the postseason.

Compher is the other player that would make sense for the Kraken and for very similar reasons to Donskoi. Compher might have had a down year last season, but he is a 30 point per season player as well, or very much close to that range. He played in only 48 games last season, scoring 10 goals and eight assists and struggled to maintain consistency during the course of the season. The quick pace of playing every other day could have had an impact on him, but he is still only 26 years old, while Donskoi is turning 30 next April.

Seattle would be getting not only a younger player by a couple of years but at a little lower cap hit as well. Compher comes in at $3.5 million per year, $400,000 less than Donskoi. While he has been serviceable for the Avalanche, he has not quite lived up to the higher expectations Colorado has had for him. This could be a case of a new team and a new city invigorating a young player.

It was widely expected that Erik Johnson would waive his no-movement clause, which we, of course, know he did. Part of the reason he agreed to remove it was because not many expected the Kraken to have interest in selecting Johnson thanks to his $6 million cap hit, being 33 years old and coming off a season-long injury. But that might not be as much of a guarantee as originally thought. It would still be a surprise if the Kraken went the EJ route, but many people in the hockey world think it might not be such a bad choice to select Johnson.

Johnson’s cap hit is not ideal, and you would think they could go more reasonable routes if they want to spend that much against the cap. But he can bring some stability on the blue line in addition to his leadership in the locker room. He isn’t a guy that is going to fill up the stats sheet, but if he can stay healthy, he would be an attractive player to start a franchise with. Fans will love him immediately, and could this also be a way for the Kraken to lure Johnson’s best friend in Gabriel Landeskog away from Colorado?

Every year in the entry draft, we think we have it all figured out on which team will be selecting which player. We go through all the reasons why, all the needs the team has and make the best-educated guess as to the prospect that team will select. Then the name comes, and it’s a shock to everyone. They go with a guy nobody had on their list or a player they could have gotten in a later round. The fans are yelling on social media, and analysts are up in arms. It’s chaos. Could the Kraken give us a moment or two of that in an expansion draft?

We seem to be a little more confident in who we believe the Kraken will take to fill out their roster, but there is always the possibility of a surprise or two up their sleeve. The Kraken just can’t go with all the big names for obvious reasons. There is a cap they have to keep in mind. Still, they could go for a big name or two and the contract that comes with them. If Seattle does take on a few bigger contracts, they will need to balance that out with smaller contracts.

For the Avalanche, a player with a small number against the cap that performed admirably last season was Jacob MacDonald. Did MacDonald outperform expectations last season for the simple fact he grew up an Avalanche fan and was playing for his childhood team? Who can say? But the fact remains he was a nice surprise for the Avalanche’s blue line. He stepped in during yet another Colorado season full of injuries and was that “next man up”. Many in the fan base were shouting for him to be added to the roster when things started to spin out of control against Vegas in the playoffs.

MacDonald would be a pick that doesn’t make the headlines, but on the ice and behind the scenes, he’ll give you everything he has and then some. Seattle would be getting him for next to nothing, as his cap hit comes in at $725,000. So they could pick him not only knowing he could play right away but save some money that can go towards some bigger names and contracts in the expansion draft. It would be a smart move, but still, it’s a bit of a risky one since MacDonald really came on the scene last season and does not have much of a track record to go on. It’s that fine line Seattle needs to walk in finding value on the lower-end contracts where he could be in play.

Of course, there are more players on the Avalanche roster up for grabs. and while we think we know the route Seattle will go, we have to prepare ourselves for maybe a surprise selection. Fans are already preparing to part ways with a player they don’t want to lose. But the good news is we won’t have to do this again, likely forever, and the healing process of losing an Avalanche player can begin. Parting is such sweet sorrow.

A lifelong Colorado Avalanche fan and general hockey enthusiast. Host of the Locked on Avalanche Podcast, a daily podcast about the boys in burgundy and blue. Avid fan of comic books, Star Wars, Marvel, Ghostbusters and golf