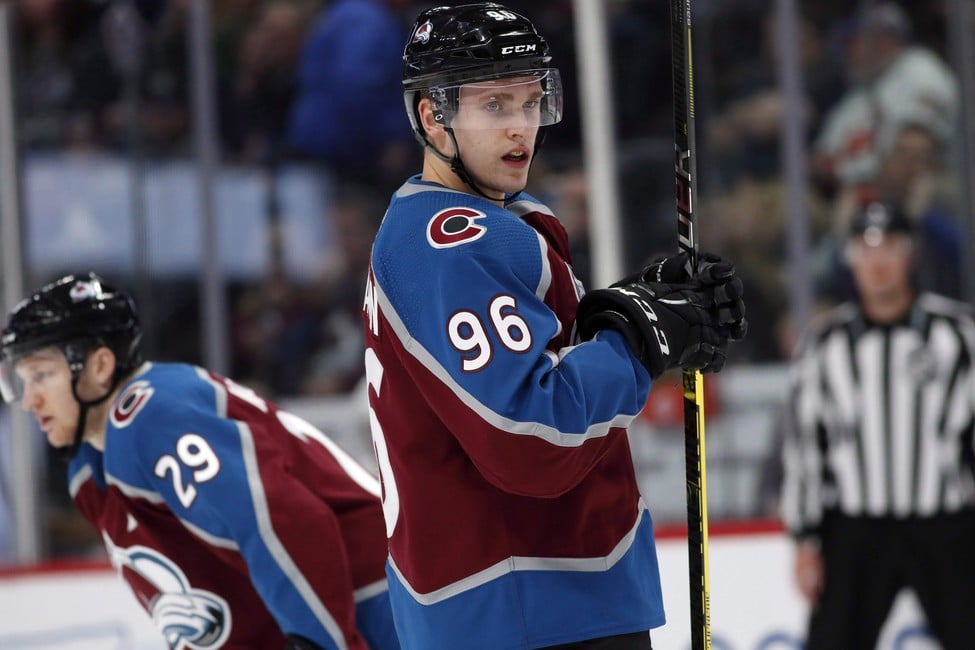 The stars for the Colorado Avalanche disappeared for three games. They showed up on Thursday, but it was much too late.

The Vegas Golden Knights took advantage of some awful play by the Avalanche in their own zone, as the fourth line for Vegas generated four goals in a 6-3 win on Thursday. The victory in Game 6 clinched the series for the Golden Knights, who won four in a row after dropping the first two games of the series.

The Avalanche were the third team in NHL history to win their first six games in a single postseason. Both the other teams to accomplish that feat – the 1994 New York Rangers and the 1999 Dallas Stars – went on to win the Stanley Cup. Colorado, on the other hand, didn’t win again.

Here’s three takeaways from Colorado’s final game of the season:

Big Guns Finally Show Up, But Too Late

After blistering the Golden Knights 7-1 in the opening game of the series, Colorado’s big three – Nathan MacKinnon, Gabriel Landeskog and Mikko Rantanen – virtually disappeared in the series. They bounced back on Thursday, but it was too little, too late. MacKinnon notched two assists, and Rantanen scored a power-play goal, but they couldn’t overcome Vegas.

In that series opener, that trio combined for five goals and three assists. Only Rantanen scored another goal the rest of the way (netting three), while MacKinnon and Landeskog mustered just five more assists over the next five games. MacKinnon went three games without a point before getting his pair of helpers on Thursday. His first assist came on a Devon Toews goal just 23 seconds into the game. That lead didn’t last long, as Nick Holden tied it up for Vegas just 52 seconds later.

The loss marked the third consecutive season that the Avalanche were bounced from the playoffs in the second round. However, Colorado lost in a Game 7 in each of the previous two seasons.

Colorado’s backcheck was brutal in Game 6, and even when they got back, the Avalanche had a nearly impossible time clearing the puck. Their lackadaisical attitude led to three of Vegas’ goals.

After the first two rapid-fire goals had the game tied at 1-1, a pair of Colorado players were outworked by Jonathan Marchessault behind the Avalanche net, and he dished the puck to William Karlsson – who promptly whipped it to Alec Martinez. The Vegas defenseman returned the favor, sending it back to Karlsson for the go-ahead one-timer late in the first.

Rantanen’s power-play goal tied it up at 2-2 early in the second, but another failed clearance led to Philipp Grubauer covering the puck. Shea Theodore possessed the ensuing faceoff, and Keegan Kolesar deflected in a shot from Alex Pietrangelo to make it 3-2.

Colorado battled back to tie it up again on a goal from Andre Burakovsky, but three failed clearance chances in the final 30 seconds of the period led to Pietrangelo scoring his first goal of the playoffs just 18 seconds before intermission. That goal wound up killing the Avs, and proved to be the game-winner.

He was Colorado’s fourth-leading goalscorer this season, racking up 19 goals going into the playoffs. But he went freezing cold once the postseason started. Burakovsky managed just three points in the series, and his goal looked to be a big one for Colorado. But the late gaffe that led to Pietrangelo’s late goal sunk their chances.

Burakovsky managed a couple more shots on goal – including a great chance midway through the final period – but Vegas got a massive goal from William Carrier midway through the third for a two-goal lead. Carrier’s goal was his first of the playoffs, and Max Pacioretty added an empty-netter with 3:10 to play to wrap up the series.

Vegas – who lost out on the Presidents’ Trophy to Colorado due to a tiebreaker – moves on to take on the North Division upstart Montreal Canadiens in the next round. The Habs advanced by surprising the Toronto Maple Leafs in the first round, before sweeping the Winnipeg Jets in the second round.

Lifelong storyteller and experienced hockey reporter that has covered everything from major juniors to the NHL. Worked for various newspapers across Minnesota and North Dakota, and now covering the Colorado Avalanche for THW.