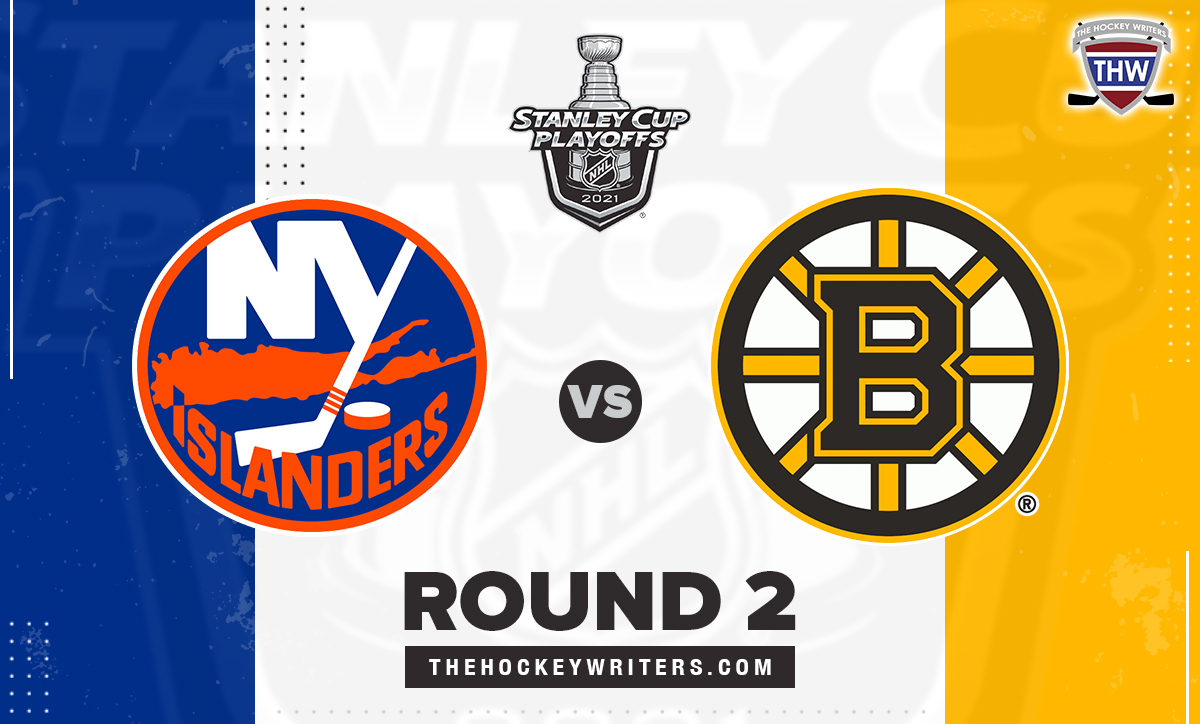 The New York Islanders were defeated by the Boston Bruins 5-2 in Game 1 of the second round of the Stanley Cup Playoffs. The loss displayed a team that was outmatched, but more importantly was overwhelmed by one line in particular in the Bruins’ top line, with David Pastrnak leading the way with three goals in one of the better individual efforts in the playoffs thus far.

The Islanders are in trouble with one loss in the best of seven series, but considering how their opponent is able to effectively find the back of the net from the top line, the series could be over quickly. A lot of adjustments will have to be considered by head coach Barry Trotz, but one of the top priorities following Game 1 will be attempting to limit the top line that appeared impossible to stop.

Force the Bruins to Chip and Chase

In Game 1, the Islanders would often allow the Bruins to effectively move the puck through the neutral zone aware of the skating and ability their lines possessed. As a result, the Bruins were able to effectively establish strong puck movement in the offensive zone, fire shots on the net, and find open skaters crashing towards the goal. Pastrnak’s third and final goal was a prime example as the star scorer was unpressured when carrying the puck past the blue line and by the time the Islanders’ defensive pairing chose to contest him, the puck was shot on goal behind a Taylor Hall screen.

In the upcoming games of the series, it must be a priority to force the Bruins offense, especially their top line to chip the puck into the zone and create offense around the boards rather than through the neutral zone. Like the series against the Penguins, the Islanders’ defense can limit top-line scoring when they force their opponent to take difficult angles through the neutral zone and force them to navigate around the defensemen. The Bruins might have a better offense, one that can control possession in the offensive zone or maneuver the pressure that the Islanders apply, but the defense has to try to make their opponent uncomfortable and limit their potent offense.

The Bruins might have figured out a part of Ilya Sorokin’s game that they will try to continue to exploit in his inability to remain in position following hesitation from a shooter. Pastrnak particularly took advantage of this trait twice in the game, but the Bruins’ offense can continue to find goals if they find open shots on the young goaltender but force him to make the first move exposing the net for easier shots. Like Tristan Jarry in the prior series, who struggled to make saves on the glove-side shots, any goaltender can be tested constantly in one aspect of their game if they show weakness, especially by a Stanley Cup team that has the offense to test a goalie.

Sorokin played great in the first round, winning all four starts and only allowing a 1.95 goals-against average in the process and has the ability to lead the Islanders to a Stanley Cup run, but he needs to avoid allowing open shots on the net, allowing the Bruins to make the initial move, resulting in a disappointing Game 1. Moreover, to combat the patience that the Bruins displayed in the first game, the Islanders’ defense needs to keep their opponent in check. The defensemen need to keep the forwards, especially the top line, off their rhythm whether through hits, forcing turnovers, or even forcing a quick decision from their opponent though disciplined but tighter play defensively.

Throughout the season, Nick Ritchie has been a pain for opposing goaltenders in front of the net, often screening shots and collecting rebounds to put into the goal for the Bruins. In the recent game, defenseman Charlie McAvoy fired a shot from the point that went unseen by the young Sorokin in large part because of the traffic in front of the net, credited to Ritchie.

Throughout the game, the Bruins crowded the net and forced the Islanders the defend shots through the traffic and will continue to do so throughout the series. The Islanders are going to have to control the shots through traffic in their opponents’ top line, but also on the back end, with the screen being commonplace in the offense. The Islanders’ defense is among the best in blocking shots and crowding the net, making the upcoming games crucial for the defense to be able to control the pucks sent on the net, which can swing the series back in their favor.

The Islanders were able to score twice in Game 1, but both goals came off great shots from the point, with only one of them being redirected into the net. The offense had a disappointing game and considering how the Bruins offense will play throughout the series, the offense must play significantly better than the recent showing. The Islanders will have to establish a scoring presence in the offensive zone with better movement and more shots, as they had 18 fewer shots on goal than their opponent in the opening game defeat. Overall, the team was outplayed in the first game and will need to have massive improvements if there is any hope of advancing to the next round.

I am a passionate sports fan and have been covering the big four sports for a few years now. I have rapidly gained interest in the NHL and appreciate the game more every season. I don’t have a team that I root for (growing up in New Jersey doesn’t help) but I will be writing about the New York Islanders. I believe the Islanders have turned themselves into legitimate cup contenders and Barry Trotz is doing a great job with the Islanders.
I never knew how to skate so I never played hockey competitively. It’s a shame since the game is great to watch.