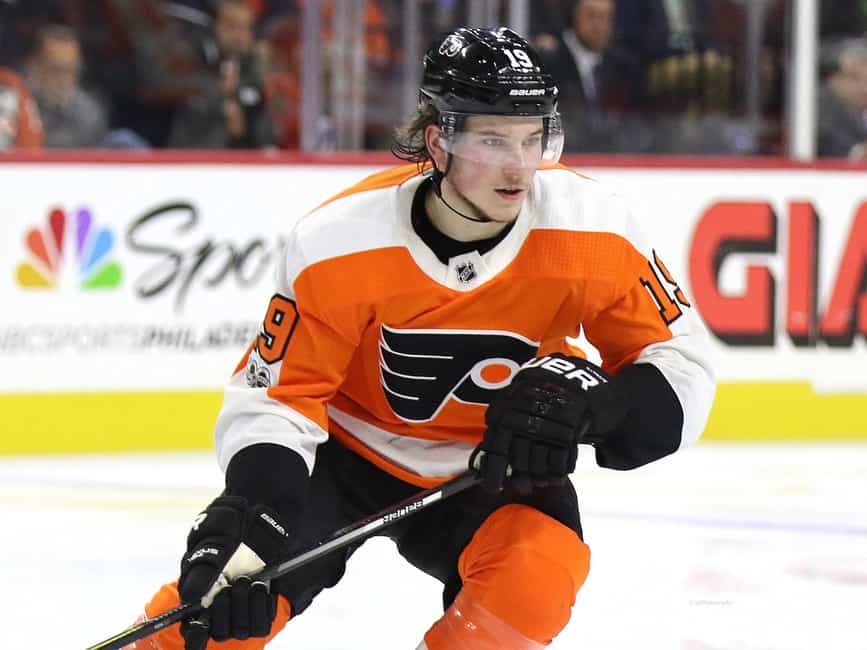 In today’s NHL news and rumors rundown, the New York Rangers have asked for permission to speak with Gerard Gallant about their vacant head coaching job. Meanwhile, Nolan Patrick is reportedly ready to move on from the Philadelphia Flyers after a disappointing season and there is news surrounding the Ottawa Senators. Will Patrick Marleau return to the San Jose Sharks next season? Finally, how much is Adam Larsson going to get on an extension with the Edmonton Oilers?

Rangers Get Permission to Speak with Gallant

TSN’s Darren Dreger reported Thursday that the Vegas Golden Knights have given the Rangers permission to interview Gallant for their head coaching position. It is expected that the organization will talk to a number of potential head coaches, and that Gallant has already been considered doesn’t necessarily make him one of their top candidates.

“The timing is more to do with the travel plans for Gallant. He is the head coach for Team Canada and he is on his way to Latvia this weekend. The Rangers at least want to spend some time and have at least one conversation with Gallant before he begins taking on the responsibility of running Canada at the World Men’s Ice Hockey Championship. “

In other Rangers news, the exits keep coming as the New York Post’s Larry Brooks reports that Hall of Famer Brian Leetch has resigned from his advisor role with the hockey operations department. This is now the fourth prominent exit from the team, after President John Davidson, GM Jeff Gorton, and head coach David Quinn (along with his staff) were all removed.

Nolan Patrick to Move on from Flyers?

Another report from TSN‘s Frank Seravalli says that Philadelphia Flyers Nolan Patrick could be looking for a fresh start next season. Now working with his third different player agent in three years, his nine points in 52 games this season was a huge letdown considering how long the Flyers have waited for this player to get healthy.

Patrick is a pending restricted free agent but Seravalli notes the Flyers still think he could be a valuable asset. Seravalli explains:

“However, they’re not there yet, and to be fair, the Philadelphia Flyers on their end think that Nolan Patrick is still a player that’s just scratching the surface. They’d like to see him get a full summer of training under his belt and come to camp healthy for the first time in a while.

We’ll see how that unfolds but Patrick is a name to watch this off-season as a restricted free agent.”

The Senators have announced they have decided to re-sign defenseman Artem Zub to a two-year contract extension worth a total of $5 million. Zub recorded three goals and 11 assists in 47 appearances this seasons for the Sens while averaging over 18 minutes of ice-time a night.

He was able to turn a one-year deal into a two-year $2.5 million AAV extension and GM Pierre Dorion said, Zub brought stability to the team’s blue line. Key to the team’s penalty kill, the Senators believe he has a lot more he can offer on the offensive side.

In other Senators news, the hockey club will be moving on from backup goaltender Marcus Hogberg. Dorion explained the team has already informed Hogberg of their decision to not qualify him this offseason, making him an unrestricted free agent.

Marleau Wants to Return Next Season

One might think after breaking the games-played record in the NHL, but also notching a fairly unproductive season, Patrick Marleau might be ready to move on and retire from the NHL. Not so much, according to Marleau who spoke to the media recently and advised he’s looking to return next season.

Marleau says he hasn’t really discussed returning to the team with Sharks general manager Doug Wilson, but knows that conversation will eventually take place. “I feel like I still have a lot to give. I’m eager to have a really good season next season,” he said.

Oilers Deal With Larsson Could Come In Around $4 Million

As per an article by Allan Mitchell of The Athletic, if the Oilers come to terms with defenseman Adam Larsson right after the playoffs — reports are a three or four-year deal is being worked on — it could say a lot about what happens with the rest of their blue line.

The news of Edmonton’s negotiations with Larsson going well indicates the way forward this summer and beyond. Larsson is the team’s only pure shutdown defenceman, and bringing him back will impact Evan Bouchard, Barrie and possibly Bear. … If Larsson is going to return, that tells me Barrie is unlikely to, although Holland isn’t going to play his cards until the offseason and things can change before summer.

Mitchell adds that a reasonable comparison has Larsson coming in around $4 million, perhaps as high as $4.25 million annually.