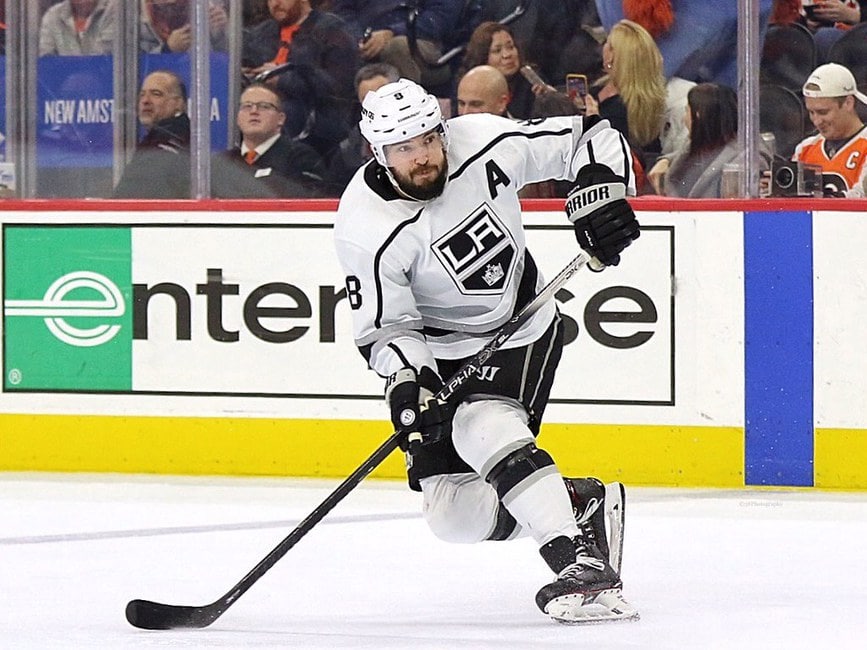 In today’s NHL news and rumors rundown, Drew Doughty of the Los Angeles Kings said during his exit interview that he’s expecting the team to make big moves in the offseason. Meanwhile, the Vancouver Canucks seem to be hoping the Seattle Kraken will take Braden Holtby during the NHL Expansion Draft. The Montreal Canadiens will get a couple players back for the playoffs, but there are question marks surrounding others and there are injury updates coming out of Edmonton as the Oilers play their final game of the regular season on Saturday. Finally, there is talk that as many as 10 teams could already be in the mix if Jack Eichel is traded.

Saying, “Obviously, we have to bring guys in, that’s not my job to make that decision, you guys can ask Blakey that,” Doughty told reporters during his exit interview to end the season that it’s time the Kings add the pieces necessary to help the core group and young prospects win.

Doughty added, “There’s no point in just waiting for these prospects to develop when you’ve got guys in their prime, hungry to win, and sick of losing.” He mentioned that he and Anze Kopitar are among the best at their respective positions, but they are also getting older. When asked if he’d be happy if big moves aren’t made, Doughty simply replied, “No.”

Doughty doesn’t think the Kings need to add to their blue line as he liked playing with rookie Mikey Anderson but he does expect the team to spend some money this offseason.

Thomas Drance of The Athletic writes that the Canucks will make reallocating salary-cap space a priority this offseason after signing restricted free agents Elias Pettersson and Quinn Hughes. The team has a lot of work to do to reshape their roster and one key deal the team is hoping happens is that the Seattle Kraken select goalie Braden Holtby.

Holtby makes $4.3 million next season and it might take the Canucks adding a sweetener to entice Seattle to snag him. If they don’t, a contract buyout or two is possible. Drance writes:

A buyout of a contract (or two) is unavoidable this summer, reluctant as Canucks ownership is historically to use that particular device. Bundling a future asset to get off of an additional contract, or even clearing Micheal Ferland’s deal in a trade with a cash-strapped team — those are options that have to be strongly considered too.

Related: Canadiens Can Redeem Themselves with Upset over Maple Leafs

Canadiens Get Good and Bad News

According to Elliotte Friedman on the most recent 31 Thoughts podcast, the Canadiens should be getting Phillip Danault, Brendan Gallagher, Shea Weber, and Carey Price back for the start of the NHL playoffs. That said, he’s not sure how effective they’ll be and there are concerns about some of these players not being completely healthy. Arpon Basu reported that “Gallagher is in a regular jersey at Canadiens practice, which would suggest he’s been cleared for contact.”

It is also being reported by Sportsnet’s Eric Engels that Jonathan Drouin will not be back. He writes: “At this point in time, since I know this will come up more and more as we approach playoffs, Jonathan Drouin is not expected to return with the Canadiens this season. He remains on personal leave from the club.”

With the return of some of the injured stars, it will be interesting to see who sits. Basu adds, “Canadiens regulars are dressed in red or white jerseys. The only three who aren’t in red or white: Michael Frolik, Cole Caufield and … Jesperi Kotkaniemi are in grey.”

Zack Kassian skated with taxi squad today. Head coach Dave Tippett mentions he might be ready in time for the playoffs but there are questions about whether or not to play him based on the roll the Oilers are on.

Defenseman Kris Russell skated on his own and won’t be ready to start playoffs.

Also on the 31 Thoughts podcast, the hosts took a look at the Eichel situation and noted that at least 10 teams could be in the running for the player if he’s made available in trade.

“LA can do it, Anaheim can do it, Ottawa can do it but I don’t see it. Montreal can do it. You know someone told me that St. Louis wanted to move some of their young pros and he could see St. Louis putting together a package to do it. Winnipeg could do it… but number one on the list has to be the Rangers. Boston’s going to want to do it and Columbus is going to want to do it, but the Rangers is who everyone is looking at.”