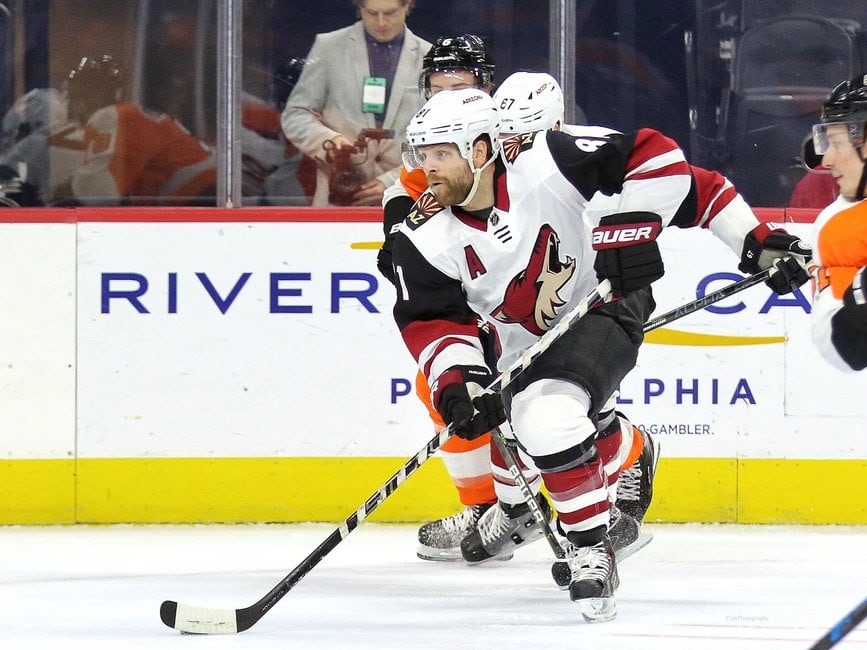 In today’s NHL news and rumors rundown, there is talk about what finally caused Jack Eichel to sour on the Buffalo Sabres after putting up with losing for so many years. The Edmonton Oilers will wait to the end of the season to talk contracts with pending UFAs and the Columbus Blue Jackets aren’t sure what Seth Jones or Zack Werenski will do when it comes to their next contracts. Finally, is a Phil Kessel trade out of Arizona inevitable?

Why Eichel Is Upset with the Sabres

There’s been a lot of talk about why Eichel has seemingly reached a breaking point with the Sabres organization. Despite past rumors of a trade, Eichel has remained loyal to the franchise. When he said on Monday that he’s “a bit upset about the way that things have been handled since I’ve been hurt and noted there’s a disconnect from the organization, it was clear this may have been the center’s last season with the Sabres.

Elliotte Friedman took a look at why Eichel is so frustrated and he notes in his latest 31 Thoughts article, “Eichel had a contentious exit interview with the organization. No one is commenting, but it’s believed he is exploring — on the advice of his medical team — an artificial disc replacement in his neck.”

Friedman goes onto state that Eichel interest in this new and unconventional neck surgery isn’t being well received by the Sabres. The problem for Eichel is that the CBA gives power to the team to decide what course of action the player should take. If Eichel gets his own medical opinion at his own cost and the Sabres still decline allowing him to undergo his own treatment, Eichel will want to play where he can get the surgery he wants. Friedman adds:

But it’s hard to see how Eichel plays another game for the home team in Western New York. It’s clear that trust is broken, and arguments about medical care are much harder to fix than debates over franchise direction.

While Friedman notes that the New York Rangers are, and probably will be the favorites to land Eichel if traded, there’s going to be some hesitation on the part of the Sabres. They won’t be happy about trading him to a division rival. Assuming the Rangers make the best offer, Buffalo might not have much choice to consider it.

Reinhart Seems to Want Out of Buffalo Too

Lost in all the Eichel talk is the fact that Sam Reinhart seemed less than impressed with the way the season went for himself and he sounds ready to move on. When asked if he wanted to stay, he replied, “I don’t really have much to say right now. Gonna take some time, that stuff’s going to get figured out when the time comes.”

As per Friedman, the Blue Jackets aren’t sure which way Seth Jones is going to lean when it comes to his future with the team. It doesn’t sound like Jones knows either. The defenseman said Monday, “I really have to take a step back and think about what I want.”

Jones will be due a contract extension at the end of next season and he’s been told that he’s going to be offered a huge pay raise and likely the captaincy. At the same time, there’s talk that the stress of this season really weighed on him. The Blue Jackets also aren’t sure which way Zach Werenski is leaning and he too isn’t far off from a potential extension.

If neither defensemen commit to the Blue Jackets, the team could be looking at massive changes.

On Monday’s edition of his 31 Thoughts podcast, Friedman noted that the Arizona Coyotes are going to look at trading Kessel in the offseason. The team is looking to get younger and add draft picks and prospects and Kessel could fetch some of what they need.

Because Kessel is in the final year of his current contract, he’s a prime candidate to be moved. He’s also got a contract that can be absorbed by another team as Toronto is paying part of his salary and if his $5 million signing bonus is already being paid out, it brings his actual cost down to $1 million for the final year of his deal.

Oilers Will Wait Until End of Season to Talk Contracts

Edmonton GM Ken Holland has gotten down to some details with defenseman Adam Larsson, but all contract matters will now be pushed back to the end of the season. The Oilers want to get through the last few games, the playoffs and likely the NHL Expansion Draft before announcing any new deals.

It will be interesting to see how many “handshake” deals the Oilers work out with some of their pending UFAs and then announce those deals once the Seattle Kraken have made all their draft selections.

For Larsson, it sounds like the Oilers are fairly confident this deal will get done.