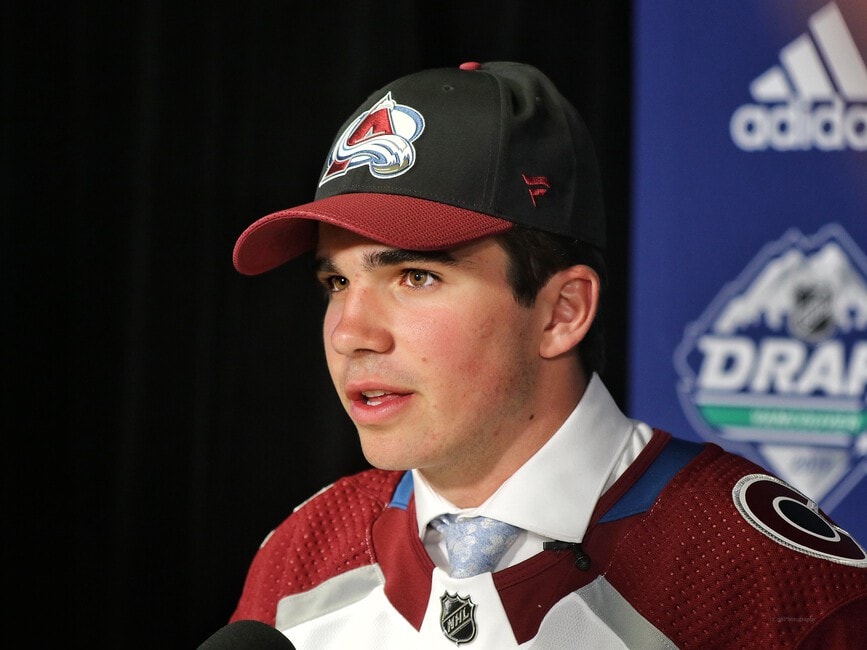 The Panthers announced that they’ve agreed to a standard three-year, entry-level contract for goaltender Knight. Drafted 13th overall in the 2019 NHL Entry Draft, he spent the 2019-20 season as a freshman in the NCAA with Boston College, where he recorded a 23-8-2 record with a 1.97 goals-against average (GAA) and a .931 save percentage (SV%). He was named to the Hockey East All-Rookie Team and Second All-Star Team. Skinner began this season as a sophomore at Boston College, where he put together another impressive year, recording a 16-4-1 record with a 2.18 GAA and .932 SV%. He was named Hockey East Goaltender and Player of the Year and is a finalist for the Hobey Baker Award.

In a press release from the team, Panthers’ general manager Bill Zito had this to say about Knight joining the team.

We are thrilled to have agreed to terms on a contract with Spencer. He is an immensely talented and dynamic young goaltender who has been an elite player at every level that he has played. From the collegiate ranks to international tournaments, Spencer has consistently elevated his game, a testament to his work ethic, compete and character. We are excited for him to take the next step in his career with the Panthers and look forward to his future with our club.

Knight represented Team USA at the 2021 World Junior Championship, backstopping his team to a gold medal with three shutouts, the most in a World Junior Championship career by a USA goaltender. He was Team USA’s Player of the Game for the Gold Medal game against Canada, where he stopped all 34 shots faced. The Panthers still have Sergei Bobrovsky locked in at $10-million for the next five seasons, but Knight is their goaltender of the future. He might start in the American Hockey League, but it won’t take him long to work his way onto the NHL roster.

Another Boston College prospect, the Wild have announced that they’ve agreed to a standard three-year, entry-level contract with forward Boldy. Drafted 12th overall in the 2019 NHL Entry Draft, one spot before Knight, he spent the 2019-20 season as a freshman at Boston College. He amassed nine goals and 17 assists for 26 points in 34 games played. Like Knight, he was also named to the Hockey East All-Rookie Team. He ranked fifth among his teammates in scoring. He took a massive step forward in his sophomore season, putting up 11 goals and 20 assists for 31 points in 22 games played. He led the team in both goals and assists and had seven more points than his next highest teammate.

Boldy also helped lead Team USA to a gold medal at the 2021 World Junior Championship recording five goals and two assists for seven points in seven games played. His five goals ranked second on the team and trailed only Anaheim Ducks’ prospect Trevor Zegras who had seven. He will begin his professional career in the AHL with the Iowa Wild, but an NHL debut at some point this season isn’t out of the question.

To complete the trio of Boston College signings, the Avalanche have announced that they’ve agreed to a standard three-year, entry-level contract with forward Newhook. Drafted 16th overall in the 2019 NHL Entry Draft, he spent the 2019-20 season as a freshman at Boston College. He recorded 19 goals and 23 assists for 42 points in 34 games played and co-led his team in scoring. He recorded the most goals as a freshman and was awarded the Tim Taylor Award for the NCAA Top Collegiate Rookie. His sophomore season was cut short to only 12 games, but he still manages to produce seven goals and nine assists for 16 points.

In a press release from the team, Newhook talked about making the jump to professional hockey and his decision to sign his entry-level contract.

I think I am ready to make the jump to professional hockey and I think I’ve had a great two years at Boston College; I really enjoyed my time here, but I think it’s the right time for me to move on. I think a few of the guys on our team have made similar decisions, and I am really happy to be taking this step now. It was definitely a hard decision. Looking at coming back and with my sister coming in and the group of guys we have here, so it was a hard decision, but I think it was the right one and I am really excited for the future here.

He represented Canada at the 2021 World Junior Championship, winning a silver medal and amassing three goals and three assists for six points in six games played. He will likely begin his professional career with the Colorado Eagles of the AHL, especially with the firepower the Avalanche already have on their NHL roster. However, if he adjusts quickly, he could act as a make-shift deadline acquisition for Colorado’s push for the Stanley Cup.

The Flyers announced they’ve agreed to a standard three-year, entry-level contract with defenseman York. Drafted 14th overall in the 2019 NHL Entry Draft, he spent the 2019-20 season as a freshman at the University of Michigan. He recorded five goals, and 11 assists for 16 points in 30 games played, finishing fifth on his team in scoring and first among defensemen. He was named to the B1G Ten All-Rookie Team at the end of the season. His sophomore season was yet another big step forward in his development, and he recorded four goals and 16 assists for 20 points in 24 games. He was named B1G Ten Defensive Player of the Year and named to the B1G Ten First All-Star Team.

In a press release from the team, Flyers’ president of hockey operations & general manager Chuck Fletcher had this to say about the signing.

We are pleased with Cam’s development and believe he is ready to take the next step with our organization. He was one of the top collegiate defensemen at the University of Michigan and was instrumental in helping lead the United States to the gold medal at this year’s World Junior Championships.

Like Knight and Boldy, he also represented Team USA at the 2021 World Junior Championship, winning a gold medal and producing one goal and five assists for six points in seven games played. I would’ve expected York to start in the AHL to begin his professional career, however, with Shayne Gostisbehere clearing waivers, there might be a spot available on the NHL roster for the young American defenseman.

Fan of the Anaheim Ducks for my whole life. I’m a die hard fan living in London, Ontario. Excited to be writing about the team I love. Talking all things Ducks on the Forever Mighty Podcast!

Flames fire team-record 62 shots on goal in rout
NHL midseason report: Grades, MVPs, players who need a reset for all 32 teams
3 Former Jets Having a Good Season, 3 That Are Struggling
5 NHL Records That Will Be Broken
Los Angeles visits New York for non-conference showdown