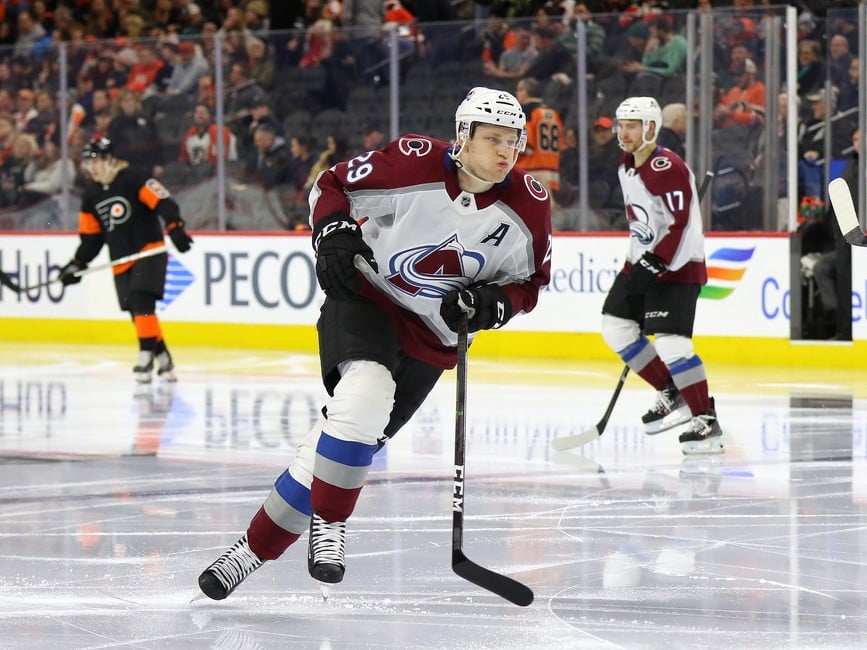 Coming off a week of rest due to COVID-19 protocols, the Colorado Avalanche returned to the ice this week for a three-game series against the second place Vegas Golden Knights, in perhaps their most crucial series yet. The series included a special outdoor game at Lake Tahoe that brought a dazzling landscape to an already gratifying week of hockey.

Overall, the Avalanche still looked great from the week off, as they were barely outplayed in the icebreaker of the four-game series against the Golden Knights. The defense continued to look solid. The only difference was the offense failed to exploit on second-chance points in the zone. This is a must when facing a top goaltender like Marc-Andre Fleury, who made 30 saves for the Golden Knights. Phillip Grubauer continued to look like a consistent wall at goal, limiting the damage done, but he was outplayed by Fleury as the Avs were shut out 1-0.

A little bit of rustiness was expected, especially on offense, coming out of the week off. Considering this, the Avalanche put up a promising performance that they could easily build on to emerge victorious in the next games. The problem? Their opponent would be the same Golden Knights team. They would need to find a way to get the puck past an elusive Fleury.

Apart from playing on the ice, the other major hiatus the Avalanche saw this week was in offensive production. Going into Tuesday’s game they had not found the back of the net for four straight periods. This changed thanks to the fearsome top line that featured Nathan MacKinnon’s first goal since Jan. 21. Forward Brandon Saad, who has played on several different lines this season, assisted on the goal with the first line, but switched over to the second line at the end of the night.

While Saad had a major impact with an assist on the first goal of the night, his switch over to the second line gave the Avalanche an ultimate edge. Their depth is something that has been a make-or-break factor for them this season offensively. It is always huge when the team gets more production beyond their top line. The second line came through big, scoring the Avalanche’s next two game-winning goals. This started with a relentless push to the crease by Saad to put the Avs in front 2-1 in the second period with just 2:21 left. Having a veteran scorer like Saad bring that extra intimidation to the second line was a move that paid off.

The second line came through again late in the third. With 39 seconds left, it looked like the game was headed to overtime. Nazem Kadri said otherwise when he capitalized on a second chance off the deflection from Fleury’s leg, to bury one in the far side of the net and ultimately win the game. This gave them sole possession of two points.

Given that all regular season games are against division opponents, a regulation win is that much more valuable. Had Kadri not scored in the last few seconds, the Golden Knights would have picked up a point, something the Avalanche hope to limit in this four-game series. The Golden Knights were six points ahead of the Avalanche at second place in the West Division ahead of the game.

While it looked like the Avalanche may have been outplayed in some respects, they looked better than they had on Sunday and thankfully, they got pucks past an elusive Fleury. This win was only the start of more big things to come in a series that would shift to the outdoors on Saturday.

Another Unexpected Avalanche of Events Hit the

As if this season — let alone the past week — was not full of enough bewildering events, the once-in-a-lifetime outdoor contest at the Lake Tahoe golf course ended 10 hours and 37 minutes after puck drop, bringing fans along for a bonus skate. And no, surprisingly that bonus skate was not overtime. After a strong first-period showing that saw the Avalanche take a 1-0 lead, the Lake Tahoe sun created poor ice conditions that led to an eight hour and seven minute delay. The Avalanche faced another major hiccup in play following last week’s COVID-19 protocols.

The Avalanche again looked unscathed by the unfathomable scheduling coming into the second despite a hard-hitting Golden Knights attack coming out and tying it 1-1 on a slap shot by Alec Martinez. None other than MacKinnon responded shortly after, as he took control of the puck in the defensive zone and flew down the ice to put one in the far side of the net, totally out of reach for even a goaltender like Fleury. This goal was spectacular to the point that even one of the game’s top defensemen in Vegas, Alex Pietrangelo, had to yield. MacKinnon looked as good as ever on the ice on Saturday, making his case for the best player in the NHL look even more compelling.

Meanwhile, the Avalanche as a team looked like they were starting to make a compelling case as the best in the west. After getting two penalties early on the third period, Vegas had a golden jackpot of a 5-on-3 opportunity to tie the game. The Avalanche once again played to their strength as they killed off yet another one thanks to clutch plays by defenseman Ryan Graves, who has been an unsung part of the team’s extraordinary defensive play this season. Going into the season, the penalty kill was thought to be the Avalanche’s weakest area. Currently, however, it has been a vital part of the team’s success as they have put up a league-leading 89.58% on the penalty kill.

The Avalanche got some insurance on a late goal that would end up being the game-winner by defenseman Devon Toews, another Avalanche player who recently returned from injury. Despite a scare late in the game, the defensive unit and strong face-off game prevailed, as the Avs took home a 3-2 victory at the lake.

While the Avalanche played well this week in the first three games of the four-game set against the Golden Knights, their performance in front of the stunning Lake Tahoe landscape looked like their first truly commanding victory of the series. So far in each game out of the week of rest, the team looks to be getting increasingly better in areas where they struggled such as scoring depth, while continuing with their strengths. This combination is the perfect recipe for a contender, and this week it looks as though we are starting to see the best come out of a contending Avalanche team.

Schedule for Next Week

Top Performers of the Week