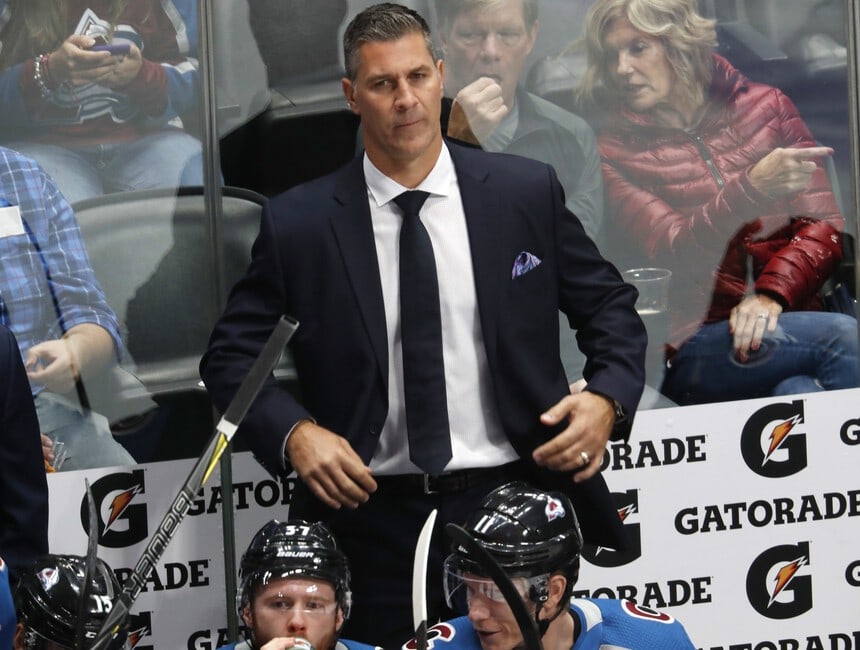 Injuries and a graveyard week of play due to the team honoring COVID-19 protocols, have been the subjects of fireside chats among Colorado Avalanche fans this past week. Yet the Avs stand tied at third place in the Honda West Division, and are in a comfortable place to make the playoffs early on. They have put up a solid plus-14 goal differential so far this season. The Avs’ next series will be a true test of their resiliency and depth, as they will face off in a four-game series against a vigorous Vegas Golden Knights team. Here is how the team looked this week going into a crucial matchup:

Injuries are not something unfamiliar to the Avs. This week, two reports related to COVID-19 protocol added to what is already a fairly crowded injury list. Defenseman Samuel Girard, centerman Tyson Jost, and captain Gabriel Landeskog were added to the list due to COVID-19. The list already includes the likes of centermen Nathan MacKinnon and Pierre-Edouard Bellemare, winger Matt Calvert, defensemen Devon Toews and Erik Johnson, and goaltender Pavel Francouz.

Thankfully, the time off has given some of the injured players time to heal and potentially miss less of the season than they would have had play continued. On Thursday, it was reported that three of the injured players – MacKinnon, Bellemare, and Toews – participated in practice. “We will just see what tomorrow brings, but I would say that there is a possibility that some or all of them play on Sunday,” said head coach Jared Bednar.

While the news of players like MacKinnon being back on the ice is encouraging, the team might have been a little bit out of shape when they came out of an eight-day quarantine. This is not unexpected. Thankfully, they were able to call-up reinforcements from their AHL club, the Colorado Eagles. The Eagles have been practicing heavily as their season is starting to get underway. They called up defensemen Kyle Burroughs, Dennis Gilbert, Jacob MacDonald, and Dan Renouf as well as forwards Sheldon Dries, Jayson Megna, Miikka Salmaki, and T.J. Tynan. It certainly cannot hurt for the team to have depth against an intimidating Golden Knights team.

“It’s unfortunate, you don’t wanna see any teammate go down. But it’s a next man up mentality,” said Dries, a forward. He’s is one of the depth pieces for the Avalanche who knows about the importance of a next man up. His fourth line stepped up big in the Avs’ last outing when they beat the Minnesota Wild by a slim 2-1 margin.

Upon returning to practice on Thursday, the Avs’ rust factor was apparent. But Bednar was happy with his team in Friday’s practice. “Our group today was much better, as we expected them to be compared to yesterday,” said Bednar. “We’ve recalled a bunch of guys to fill out the taxi squad. Because of all the guys that are on COVID protocol, we were able to move some guys to the main roster and then fill the taxi squad so we’re ready to go.”

With the increasing possibility of MacKinnon, Toews, and Bellemare returning to the ice, this is the perfect time of the season for the team to unleash their arsenal against the top teams in the west. While their defense has been playing well up to par as they are third in the league with 2.18 goals against per game, the offense is yet to fully explode and display their scoring depth capabilities. With a week to rest and prepare, several fresh call-ups, and a matchup against one of their toughest opponents yet, now would be the perfect time for the Avs to do so.