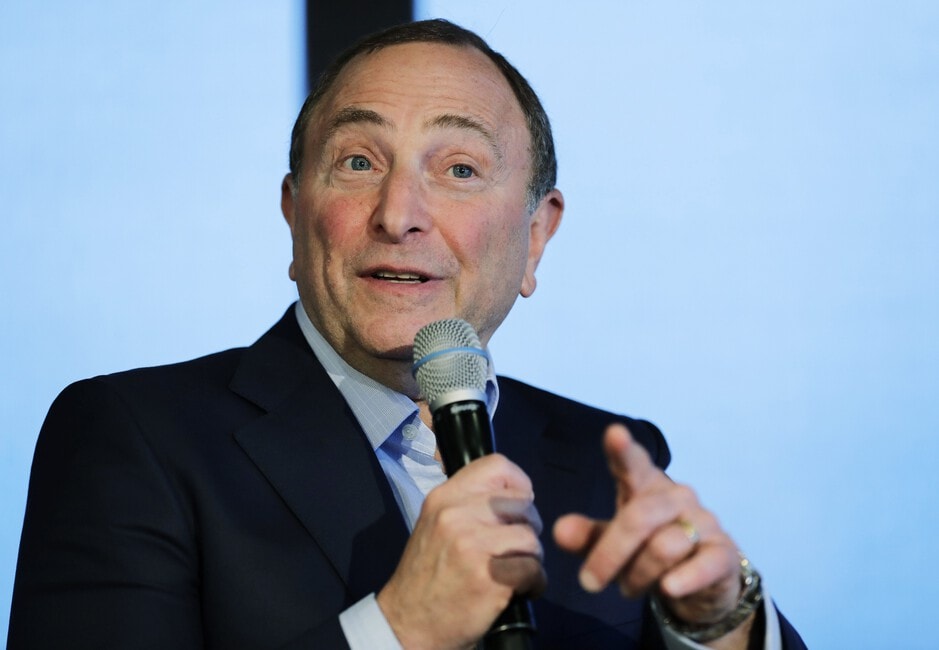 It’s no secret that the National Hockey League and other major professional sports leagues have lost and are losing money as a result of the pandemic. Commissioner Gary Bettman has come out plainly stating that the league will lose more than $1 billion during the 2020-21 season; going as far as to say that the NHL would’ve saved money if there were no season at all.

In an attempt to make up for this lost revenue, Bettman and company have implemented numerous unprecedented sponsorships that include the likes of helmet advertisements, division titles and even food delivery apps. Each partnership plays a role in accounting for lost funds during the shortened season, but will it be enough? And will they be here to stay?

In this article, I’ll be reviewing what sponsorships have been enacted in order to offset revenue lost due to the pandemic.

Prior to the start of the 2020-21 season, Bettman made it known to the public that the NHL would be facing losses of over $1 billion by carrying out the season. However, there’s more than money involved during these unprecedented times, as Bettman pleaded that the reason the league is playing at all is because of its importance to the fans and communities.

“Let me make something really clear: We’re coming back to play this season because we think it’s important for the game, because our fans and our players want us to, and it may give people—particularly in isolation, or where there are curfews—a sense of normalcy and something to do. It would be cheaper for us to shut the doors and not play. We’re going to lose more money, at the club level and the league level, by playing than by not playing.”

Bettman went on to say that revenue generated directly or indirectly from people attending games makes up about 50% of the leagues total funding through the likes of ticket sales, suite sales, parking and concessions. According to Forbes, the NHL earned just $4.4 billion during last year’s shortened campaign and $5.09 billion during 2018-19; with at least $2 billion nowhere to be found until arenas can be opened to full capacity, the league has had to get creative finding new revenue streams.

Though the loss of 50% of its revenue is a huge blow for the NHL, Bettman said that financial arrangements have been made to ensure cash flow is where it needs to be — although new money is not found money — rather debt that clubs and owners are having to write checks to pay for. To help ease the inherited debt taken on this season, the NHL has implemented partnerships in the form of helmet advertisements, division sponsors and food delivery apps.

With a lack of funds coming in during the 56-game season, the NHL’s implementation of sponsorships in 2021 are unlike any the league has ever seen. Much to the chagrin of most NHL fans, the league’s first monumental sponsorship announcement was that they were allowing advertising on player helmets.

Although jersey and helmet advertisements are common in European hockey, this move was the NHL’s first allowance of sponsors on team gear (aside from the gear manufacturers themselves). According to a report from TSN’s Rick Westhead, the NHL hoped to raise $15 million from the initiative; and although the total amount isn’t yet known, the money raised from helmet advertisements will nonetheless help inch back the $1 billion figure the league must overcome.

With the league realigned for the foreseeable future, Bettman and company capitalized on the opportunity to allow division title sponsors for 2020-21.

While certainly not the most charming of sponsorships, the partnerships are a short-term, high-value method of easing the financial hardships the league is enduring. Though there has yet to be an official number for how much the league charged for sponsors, like the helmet ads, every penny counts.

Canadian hockey fans can rejoice now that SkipTheDishes and the NHL have signed a multi-year Canadian partnership, naming SkipTheDishes the Official Food Delivery App of the NHL.

“We’re delighted to welcome SkipTheDishes, the premier Food Delivery App in Canada to the NHL,” said Kyle McMann, NHL Senior Vice President, North American Business Development & Global Partnerships. “We look forward to building many impactful and creative fan-focused programs through this partnership that will be promoted across NHL and Skip media platforms to engage our passionate fans in Canada.”

With restaurants and diners closed as a result of COVID-19, fans can now have home ice advantage by ordering game day favourites without missing a second of the action. This partnership makes sense from both a cultural and league perspective; benefitting fans stuck at home with deals on food, while also benefitting the league with a new source of revenue.

Although it’s not yet known how much the league has negotiated for the partnership, it illustrates just how creative the NHL is willing to get for a couple extra bucks.

Sponsorships are nothing new to the NHL, yet with the current financial situation the league is facing, they’ve had to get creative finding new sponsors and revenue streams. The initiative to allow the sponsorship of helmets and division titles illustrates just how creative the NHL is willing to get, but the question remains as to whether or not they are here to stay.

With the league projected to be more than $1 billion in the hole after this year, we might just see a slew of new sponsors announced in the coming months; and while division and helmet sponsors are projected to only be for this season, they might just be here to stay if the league deems them necessary in 2022.