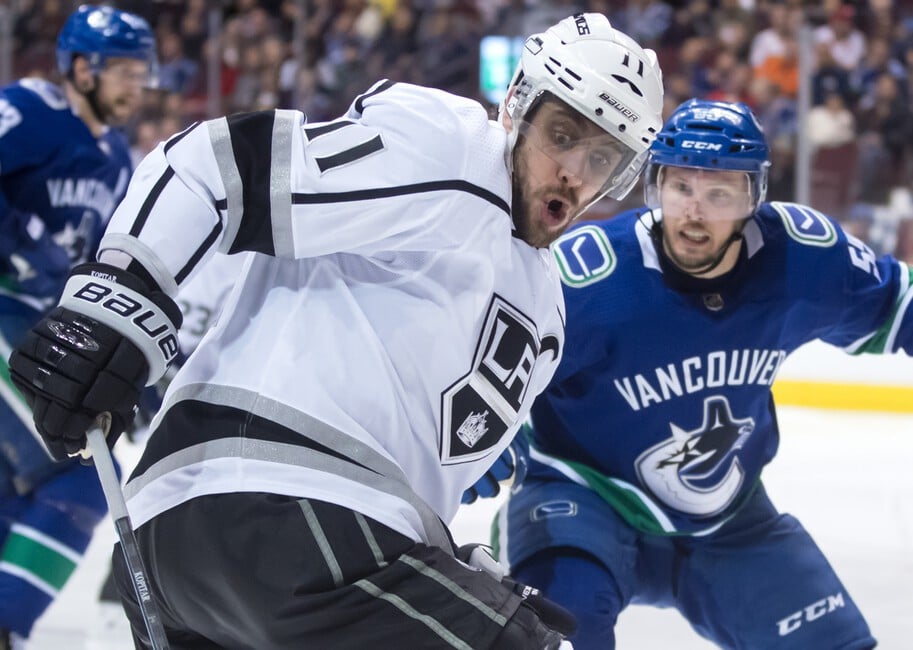 In today’s NHL rumors rundown, there are updates on the Pittsburgh Penguins GM search and what the team expects the top candidates to make a priority. Could one of the potential GMs be coming from an unexpected place? The Washington Capitals will be getting back two of the four players removed from the team for COVID-protocol reasons, the Colorado Avalanche are starting to see the injuries pile up and are the Los Angeles Kings willing to trade Anze Kopitar for help on defense?

While the Penguins look for a new general manager and some names are starting to move to the front of the line, it appears one of the things the team will ensure during the hiring process is that the new GM is on board with plans for the team’s top veterans.

Rob Rossi of The Athletic reports the Penguins’ early shortlist of GM candidates does not include current New Jersey Devils GM Tom Fitzgerald, but he was on the list of 20 candidates who were under early consideration. Two league sources said Fitzgerald “probably would be the GM by Monday,” if his contract didn’t expire in June. As for who is getting serious consideration, the names include New York Rangers assistant GM Chris Drury, Boston Bruins director of player personnel John Ferguson Jr, Kings adviser Ron Hextall, Colorado Avalanche assistant GM Chris MacFarland, and Montreal Canadiens assistant GM Scott Mellanby.

Rossi also reports that the new GM must make certain things a priority. He notes:

The Penguins are looking for a GM who will prioritize year-to-year retooling around aging foundational stars Sidney Crosby and Evgeni Malkin, and possibly Kris Letang. An extension/new contract for Malkin will be the next GM’s top offseason priority, team sources said. [Mario] Lemieux and [Ron] Burkle want Malkin and Crosby to retire as Penguins, and though the players share that wish, Malkin and Crosby also are “watching to see how all this plays out,” a league source said.

Rumors of a Stopped Trade Not True

We reported yesterday on the speculation and conflicting reports that perhaps Jim Rutherford’s decision to step away had something to do with ownership squashing a trade. Kris Letang’s name was specifically mentioned in that report, but there were also whispers of Malkin’s name being out there. Dan Kingerski of Pittsburgh Hockey Now notes the rumors aren’t true.

When it comes to Malkin, Rutherford would have needed to approve any deal and Kingerski believes that news would have leaked. At least, that’s what happened the last time a team kicked tires on Malkin’s availability. Kingerski also says that a squashed trade is not likely a good enough reason for Rutherford to quit.

Kingerski did update his story to say:

There was clearly something he didn’t like, but the public theories are don’t line up. … Rutheford used the Mark Madden radio show on the Penguins flagship radio station to call rumors that he resigned over trying to trade a star “farfetched.”

Bergevin Willing to Jump From Canadiens?

It sounds far fetched, but Sean Gentile of The Athletic reports that there’s a slight chance general manager of the Canadiens, Marc Bergevin could jump ship to the Penguins. He writes:

“He’s one of Lemieux’s best friends. Don’t underestimate that, despite the fact that he has one year left on his deal with the Canadiens.”

While possible in a year’s time, Bergevin moving from the Habs to the Penguins seems unlikely since the GM is going to be well respected by Canadiens ownership after the work he did this past offseason. He will almost certainly be offered a new contract. It’s not unheard of for GMs to move from a winning team to a less competitive one (see Steve Yzerman), but considering the Penguins are looking for a long-term manager to take over right away, Bergevin is not high on the list of realistic options.

Capitals Get Two Players Back

Capitals winger Alex Ovechkin and Dmitry Orlov have been cleared from the CPRA list, relays Samantha Pell of the Washington Post. Both were removed from the lineup after a group of players were seen in a hotel room not wearing masks. Evgeny Kuznetsov and Ilya Samsonov weren’t back, meaning their time on the list will continue.

Center Lars Eller also skated this weekend in a non-contact sweater after missing Thursday’s contest due to an upper-body injury.

Avalanche Being Affected by Injuries

Every team has to deal with injuries, but the Avalanche are starting to see their list get fairly long. Peter Baugh of The Athletic reports that center Pierre-Edouard Bellemare is expected to miss an extended amount of time, while winger Matt Calvert and goalie Pavel Francouz are also out.

Jonathan Davis (NHL Radio Network) recently suggested the Kings could make Kopitar available in trade if there were a team out there willing to take his big salary on. The idea would be to move the veteran center for help on the blue line since injuries are starting to pile up and the core is quite young.

Kopitar has three seasons remaining on a deal that pays $10 million per season. At 33 years old, he’s an effective player, but that won’t be an easy sell in today’s NHL marketplace.

Rangers’ Defense Stepping up in Absence of Forward Depth
More than 50,000 bears fly in Hershey
6 Blackhawks Who Should Be Built Around
Émilie Castonguay becomes 1st female assistant GM in Canucks history
Poulin turning a corner for Penguins