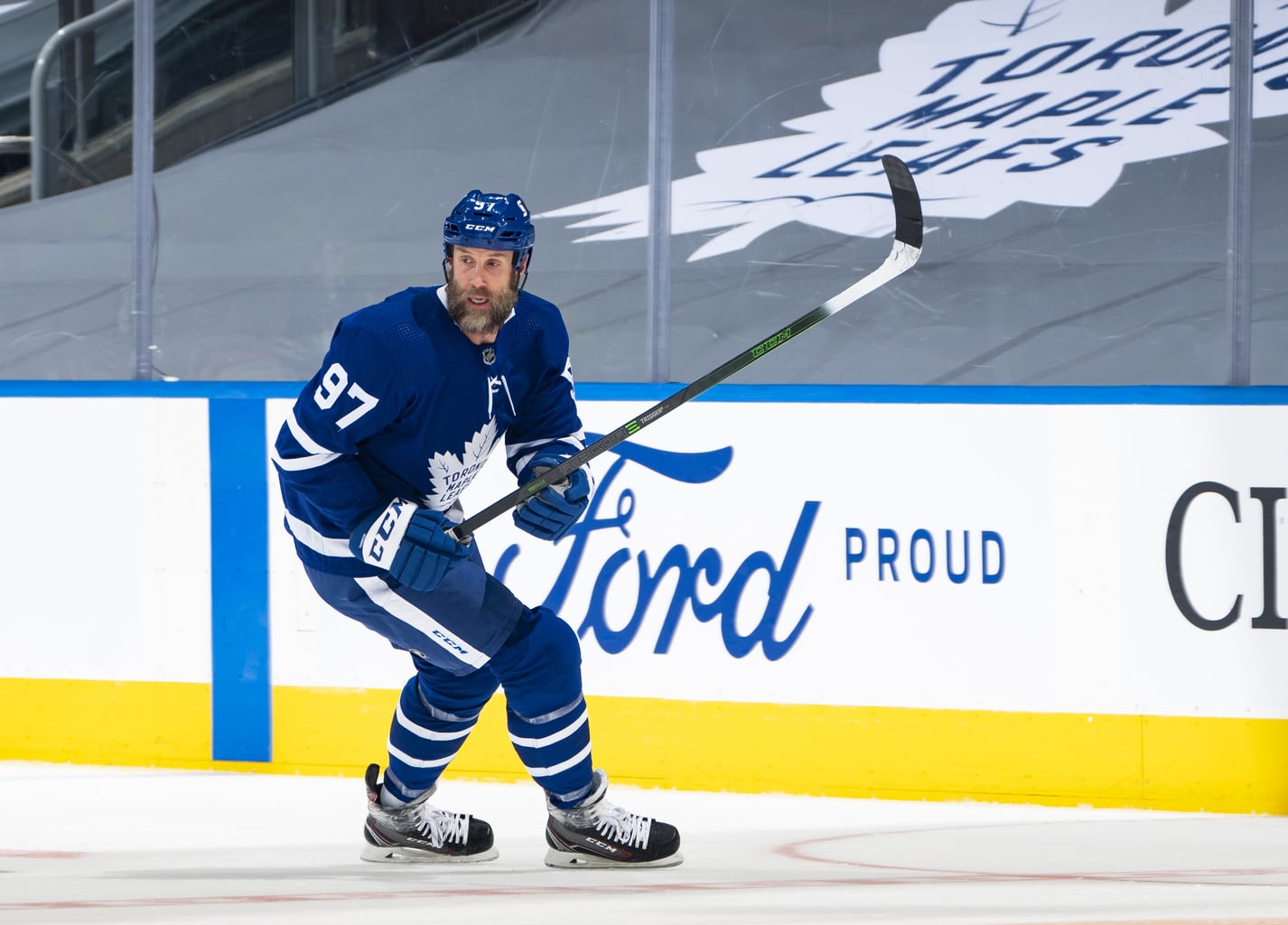 In today’s NHL rumors rundown there is bad news for the Toronto Maple Leafs as it looks like Joe Thornton is going to miss some time with an injury. The Philadelphia Flyers are are also being affected by injuries and the Washington Capitals might be without a few big names as the team places a number of players on the COVID Protocol list. Brady Tkachuk talks contract extensions with the Ottawa Senators and finally, the Boston Bruins might be getting a key forward back sooner than they expected.

The Maple Leafs may have lost their first-line left-winger and while it’s not yet known for how long, early speculation is that Thornton might be out with an extended absence.

The injury occurred when Thornton was bumped into the boards awkwardly by Josh Archibald during the game against the Edmonton Oilers on Wednesday night. Head coach Sheldon Keefe reported that the veteran forward was expected to have either x-rays or an MRI, so there should be more on the specifics of the injury announced in the next few days.

With Thornton sidelined, it is likely either Adam Brooks or Pierre Engvall will replace him in the lineup and Zach Hyman will be probably be moved up to the top line. So too, the team is sure to add reinforcements from the minors or the taxi squad but any lengthy absence will have an implication on the salary-cap space available to the team which is not good news for general manager Kyle Dubas. He was forced to waive goaltender Aaron Dell and forward Jason Spezza when Nick Robertson went down and he lost Dell to the New Jersey Devils.

The Maple Leafs are so tight against the cap, even an injury to a $700K player means a potential domino effect of changes.

The injuries are starting to add up around the NHL and the Philadelphia Flyers have been hit hard. Morgan Frost has suffered a dislocated left shoulder and is out indefinitely. Philippe Myers, who was also forced from action recently, has suffered a fractured rib and is considered week-to-week. This all comes after news that one of the key pieces of the Flyers lineup in Sean Couturier is out with a separated rib.

Related: Tkachuk Brothers Vie to Be Biggest Pest in the North Division

One of the key pieces for the Senators roster moving forward will be Brady Tkachuk but the two sides are not rushing into contract talks. Tkachuk spoke with the media on Wednesday, including The Ottawa Sun’s Ken Warren, and stated was not worried about negotiating an extension.

“We’re not really talking about (a new contract).”: He added, “I don’t think that’s the focus for both sides. Our goal right now is to do everything we can to make the playoffs.”

source – ‘ALL ABOUT TKACHUK: Star forward talks about increased responsibilities, his ‘frat house’ and his next contract’ – Ken Warren – Ottawa Sun – 01/20/2021

Granted, there really isn’t a rush to get something done and the Senators know Tkachuk is happy with the team and living in Ottawa. It shouldn’t be difficult to get a long-term deal completed when it comes time to sit down and hash things out. The Senators have more than $34 million in projected cap space for next season.

Pastrnak Ahead of Schedule for Return

NHL.com’s Amalie Benjamin writes good news for Bruins fans as forward David Pastrnak seems to be ahead of schedule when it comes to his recovery from off-season hip surgery. He wasn’t expected to return until mid-February but Pastrnak has already re-joined practice as a non-contact participant.

His return is not imminent, but head coach Bruce Cassidy thinks he could be back as late as next week. Cassidy said:

“I would say best guess would be he would be in with us through this week in a red, ‘stay-out-of-the-heavy-stuff’ [jersey]. And then hopefully by next week he joins us and then see how close he is to game-ready. Where that puts him exactly, I don’t know.”

This will be a huge return for the Bruins who have not scored a 5-on-5 goal without Pastrnak so far this season.

Related: Capitals COVID Controversy Could Be Symptom of Bigger Issue

NHL Public Relations Department shared a post on social media Wednesday that the Washington Capitals had violated COVID protocols and were fined $100,000 when players “were in close contract and who were not wearing face coverings.”

The Capitals and star Alex Ovechkin released statements after the news. The team said they were disappointed in the players for interacting in their hotel room and outside of approved areas while Ovechkin said, “I regret my choice to spend time together with my teammates in our hotel room and away from the locker room areas. I will learn from this experience.”

Samantha Pell notes that a number of players were not at practice today and Chris Johnston notes that Evgeny Kuznetsov, Dmitry Orlov, Alex Ovechkin and Ilya Samsonov were added to the NHL’s COVID Protocol list yesterday. Goaltender Craig Anderson was recalled from the taxi squad but it has not been announced if the absent players will be missing Friday’s game against the Buffalo Sabres or not.